Employees who work with companies that rely on confidential information, like trade secrets, may be asked to sign a non-compete policy. While this contract is not the same as a non-disclosure policy that prevents the sharing of information related to the job, the non-compete policy is still a favorite of many employers.

Employers use it to protect their information, stay competitive against related firms within their industry and to improve their leverage with employees. Signing a non-compete is not necessarily harmful for an employee, but in order to make that determination, it is critical to understand employee’s individual rights and how non-compete policies work. 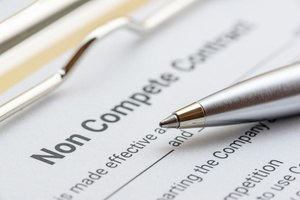 A non-compete policy is a contract between an employer and employee. In it, the employee promises that they will not go work for a competing company or start one of their own until a set amount of time has passed since they stopped working for the employer. The average amount of time that a non-compete policy may last is somewhere between six months and two years. Employers who demand a longer non-compete period may not see their clauses hold up in court.

These policies serve to prevent people with deep knowledge of the company from using it against them at another business, which could result in steep competition in attracting both buyers and workers. This is often a measure taken when hiring a new employee, though existing employees can be asked to sign a non-compete as well.

Some states are more wary of the implications of these contracts and do not allow them to be enforced. Oklahoma and North Dakota fall into this category. In California, employers who make their employees agree to a non-compete policy could face a lawsuit.

Why Non-Compete Policies Can Be Dangerous 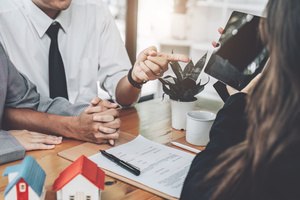 While it makes perfect sense why a business owner would use a non-compete policy-to avoid helping out the competition – it is not a great business strategy. Non-compete Policies can be bad for employees.

Though non-compete policies can be risky, there are measures set in place to regulate them and preserve your rights as an employee.

First, since they constrain your future opportunities, they are not allowed to cover too much ground. They must be limited to a certain period of time, generally a year or two after you leave the company. 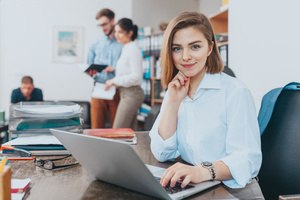 Additionally, they must be confined to the area that constitutes a legitimate threat to the company. They must also specifically define what counts as competition, usually in the form of a list of forbidden businesses. If these boundaries are overstepped, the agreement will not be enforced, even in states where a non-compete policy is allowed.

Second, employers should not ask you to sign a non-compete if the action of moving companies is not a real threat to your employer. For higher-level employees who are elbow-deep in company secrets and strategies, a non-compete is just good protection. Lower-level employees, such as those involved in customer service and manufacturing, know less and are therefore less dangerous. Making them sign a non-compete could be excessive and unreasonably threaten their prospects.

Finally, a non-compete policy makes you relinquish some of your rights. In return, your employer should reward you. The general agreement within legal circles is that for a new employee, employment is an acceptable compensation. Often how this plays out is that if you do not agree to a non-compete, you do not get hired to the company. However, if your employer asks you to sign a non-compete as an existing employee, you are entitled to something more, such as a raise or promotion.

The Legal Professionals Can Help You to Understand Your Rights

Non-compete agreements are not necessarily bad, even if they do limit employee’s individual rights. However, understanding whether an employer has overstepped their bounds and whether a non-compete is enforceable are the purview of a legal professional. The attorneys at The Brown Firm would be happy to help you review your non-compete policy and determine whether it is legally enforceable or reasonable. Reach out to learn more or to schedule a consultation.