› Civil Rights › How Does The First Amendment Protect My Individual Rights? 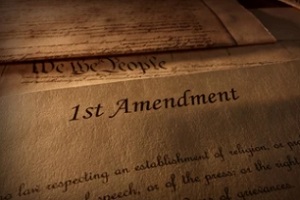 The government functions based on a wide variety of laws and constitutional principles, many of which also extend to the rights and responsibilities of citizens. You and every other person in the United States are granted certain rights based upon an important feature of the Constitution called the First Amendment.

Not originally part of the Constitution, this amendment was added later to expand the rights and freedoms that Americans are entitled to. However, it is important that you understand what your rights are so that you can be sure that your rights are being upheld appropriately.

What Does the First Amendment Include?

The First Amendment makes a number of freedoms clear, the first of which is speech. Free speech means that the government may not prohibit you from accessing the speech of others or using your own speech to declare your ideas and thoughts. In addition to free speech, this amendment also grants the right to religious expression. This allows you to practice whichever religion you like without being forced to join a different one.

Freedom of the press, also granted here, gives you the ability to freely express your thoughts in a variety of media, such as in print and in art. In addition, the First Amendment grants freedom of assembly; this ensures that members of the American public can assemble without being punished for doing so.

Finally, you can also find the right to petition in the First Amendment. If you exercise your right to petition the government, you are free to submit a petition that describes your complaints and asks authority to correct wrongs, and you may also ask others to join your petition.

How Does the First Amendment Protect Me?

The First Amendment offers you protection by granting you rights to exist in society without punishment for a variety of actions and decisions. However, it is important to understand how far these freedoms extend and when they may be abridged for the wellbeing of others. This will enable you to identify when your rights are being unjustly restricted.

The Role of Government

One of the most common confusions about the First Amendment is that it is oriented toward the government. This means that the government cannot restrict what you freely say or write, the religion that you practice and so on. However, private entities and companies may still do so; this is why many social media platforms, for example, censor or remove content that does not align with their terms of use. 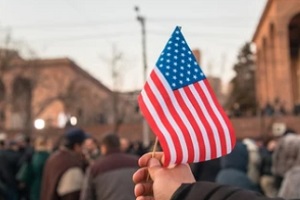 Your Legal Age for Use

Individuals of all ages are protected by the First Amendment. There is no legal age required in order for someone’s individual rights to be protected; similarly, you do not have to be a United States citizen to benefit. Anyone who is within the United States is free to exercise their individual rights to speech, religion, press, petition and assembly.

Exceptions To The First Amendment

While the First Amendment is a powerful tool to guarantee freedoms, it is not immutable. There are some situations in which your individual rights may be temporarily restricted for the wellbeing of others. For example, a person exercising their right to free speech in order to incite a riot may have that right temporarily abridged for others’ safety.

However, in general, if a member of the government or an individual working on behalf of the government violates your individual rights as delineated in the First Amendment, you may have legal recourse. In this situation, you should reach out to an attorney as soon as possible after the event.

Trust The Professionals If Your Rights Have Been Violated

If you believe that your individual rights have been violated and a situation occurred that did not abide by the freedoms outlined in the First Amendment, be sure to reach out for legal counsel as soon as you can after the event.

The attorneys at The Brown Firm would be happy to explain your rights and responsibilities to you and help you to understand whether you have a case that can be legally pursued. Reach out to schedule a consultation to explain what happened and determine what to do next so that you can rest assured that your individual rights have been protected.