› Litigation › How Much Can I Sue For False Arrest? 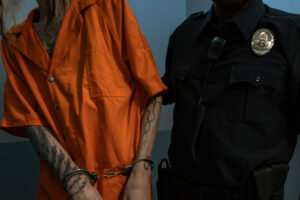 Any encounter with an officer of the law is likely to be a little bit stressful, if for no reason other than that it is a divergence from what you were planning to do with your day. However, some interactions with officers turn into violations of an individual’s civil rights; if an officer took you into custody with justification or prevented you from exercising your freedom of movement without just cause, the officer may have engaged in false arrest. If this happened to you, you may have legal recourse.

What Constitutes A False Arrest?

A false arrest is the act of a member of law enforcement unlawfully restraining a person’s freedom of movement. This may arise as holding you against your will when there is insufficient evidence to associate you with criminal activity, or it may appear as an officer taking an individual into custody without legal justification. Police officers do not have immutable authority to arrest anyone at any time for any reason; doing so is a violation of a person’s civil rights. If you have been a victim of a false arrest, you are eligible to sue the law enforcement body that was responsible, but the burden of proof is on you. 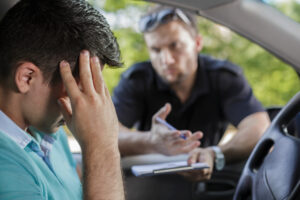 A false arrest can have long-term impacts on an individual, not only in the physical and emotional sense but also financially. If a person is taken into custody and held, they may miss out on earnings from employment, or they may lose their job entirely. This can create a significant monetary consequence of false arrest.

In addition, false arrest can dramatically impact an individual’s reputation, even if the arrest is later deemed to be unlawful. A history of an arrest can follow a person around, bringing a potentially negative association during job interviews and other situations that may cost that person money in lost opportunities.

Even if you were not injured during a false arrest and so have no reason to recover financial compensation such as medical bills, you can still sue for lost income or income potential, as well as other, less tangible financial burdens that arose as a result of the false arrest.

How Much False Arrest Cases Can Be Worth

The exact amount that a false arrest case is worth depends on a variety of factors unique to each case. If you have accrued medical bills as a result of your detention, they can be included in your request to settle, or your attorney can pursue their amount as compensation in your case. You can also seek damages for both your distress and the long-term impacts of your arrest, including lost income, lost employment and lost opportunities. Valuing these can be a challenge, which is why a civil rights attorney should be one of your first points of contact after a potential false arrest. You may be able to secure compensation not only for the income that you lost, but also for the income that you may have earned in the future, as well as bonuses, raises and promotions, that you were disqualified from due to the unlawful action of the officer.

Because all of these variables affect each individual uniquely, the total compensation expected from a false arrest case varies widely. Robert Bryant, a well-known victim of false arrest, was awarded $625,000 for his case. While not all cases can be expected to reach this level of compensation, your legal counsel will do their best to secure the most favorable outcome possible for you. 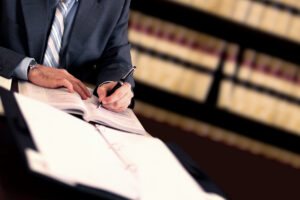 Whether you suspect that you have been a victim of a false arrest or know someone who has, it is important that you reach out to a legal professional as soon as possible after the incident. The more time that passes between the event and the pursuit of legal action, the less evidence and support a case will be able to present. Police officers are also protected by a concept called qualified immunity, which dictates that their actions are largely considered legal, even if deemed misguided later. Overcoming qualified immunity in a false arrest case can be particularly challenging, which is why it is wise to work with civil rights attorneys. The Brown Firm would be happy to evaluate the details of your case and offer guidance about what to do next, from determining the value of lost opportunity to compiling evidence. Reach out to schedule a consultation with an experienced civil rights attorney.