› Police Excessive Force › How To Prove Police Brutality In A Lawsuit 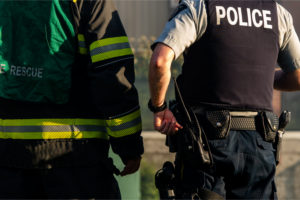 If you or someone you know may have suffered police misconduct and need to know what evidence can help in a lawsuit, be aware that proving misconduct or police brutality can be a challenge. However, police brutality is a violation of an individual’s civil rights, and a skilled attorney can assist in compiling an effective case that acquires proper compensation and damages for the incident. For the best chances to achieve a favorable outcome in a police brutality lawsuit, it is important that you compile the following evidence as soon after the incident as possible.

Create A Description Of The Incident

One of the first things that you should do after you believe that you have been a victim of police brutality or misconduct is to document the incident in as much detail as possible. Avoid making claims about the character or possible motivation of the officer; instead, simply write down as much information as you can remember. If you can recall the officer’s name, badge number, or license plate, include these details. Document how the incident occurred chronologically, being sure to note what was said and as much context as possible. If you can remember quotes verbatim, this is helpful, but do not fabricate utterances to fill in gaps that you no longer remember. This will assist your legal representation in building a thorough case for you by providing as much information as you can recall.

Compile Photos And Other Documentation 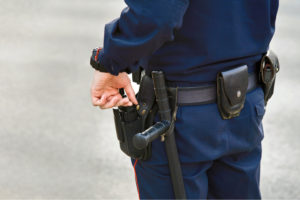 One of the most important things you can do to support a police brutality lawsuit is to bring photos or other visual proof of the incident. If you were injured, be sure to take photographs of the injuries as soon as possible after they are sustained. If you sought medical treatment as a result of your encounter with the officer, include the charts from the visit and as much information about the treatment and injuries as you can. Save any bills from the treatments as well.

Not all individuals who have been subjected to police brutality have the opportunity to seek medical attention immediately or take pictures soon after the event, especially if they spend time in jail. If this is the case, write down a thorough description of your injuries in lieu of taking pictures.

Witnesses are a valuable asset in police brutality cases, which is why you should create a list with as many witnesses as possible, as well as their contact information. If you were with someone when the encounter occurred, they can serve not only as a primary witness but as a liaison between you and others who may have been in the area. Anyone who was present to see the interaction with the officer can be a witness, whether that is a friend, bystander, or even another officer who was standing by. Be sure not only to list the names of potential witnesses but also their contact information or as much of a description as you can remember, including where they were standing or what they looked like or if they were a stranger. This will assist your legal team in reaching out for further details.

Physical evidence is a powerful tool during a police brutality lawsuit. If you have any items related to the encounter, such as torn clothing, items with blood on them, or damage to your property, keep these objects secure until the trial. Ideally, keep physical evidence contained in a plastic bag to avoid outside contamination. If the encounter with the officer resulted in damage to your home or property that you must repair, such as a broken door or car window, thoroughly take pictures before repairing the damage so that it can be used as evidence. You are not expected to live with severely damaged property solely for the purpose of evidence.

Work With An Attorney Experienced In Civil Rights Lawsuits 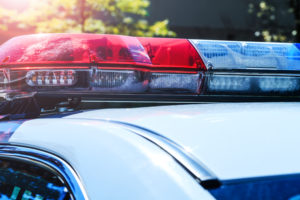 If you suspect that an encounter with a police officer resulted in brutality or misconduct against you or someone that you know, it is important that you reach out for legal assistance as soon as possible after the event. Time can make evidence harder to collect and preserve, and details of the incident can be lost. The Brown Firm would be happy to advocate on your behalf in court and help you overcome some of the biggest challenges in police brutality cases, such as qualified immunity. Reach out to schedule an appointment with a civil rights attorney who can help you develop a strategy to achieve the best outcome possible in your case.