› Criminal Defense › Is Racial Profiling By The Police Legal? 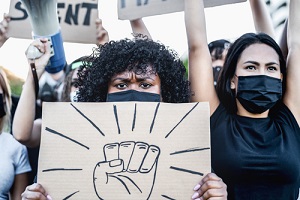 The police can claim many reasons for pulling someone over or confronting someone for their actions, most often based on the concept of probable cause or suspicion. However, sometimes, officers will elect to engage with an individual based solely on their own biases, such as their opinions about race and ethnicity. If you believe that you have been targeted by the police because of your race, you may have a case for a racial profiling lawsuit.

What Is Racial Profiling By The Police?

Racial profiling is the term given to police behavior that involves deliberately seeking out or engaging with an individual based on their race. For example, if an officer sees a Black individual walking down the street and chooses to approach that person to verify whether he is committing a crime absent any other evidence, this is an example of racial profiling.

Historically, some flawed studies have appeared to indicate that certain racial categories are more prone to committing crimes, which has driven the approach that officers may be more successful by focusing their attention on certain groups. However, later analysis revealed that these data sets were impacted by bias, and the reason that some racial groups were found guilty of crimes more often was that they were disproportionately targeted for engagement.

Additionally, racial profiling can take the form of different police interaction once a meeting between an officer and an individual is initiated. Officers may be more prone to aggressive action or may escalate the situation more quickly if their own personal bias indicates that a person of a particular race may be less cooperative or more dangerous.

Is It Illegal To Conduct Racial Profiling?

Yes, numerous federal rules make it illegal to racially profile someone. While the Constitution does indicate that individuals are protected from unreasonable searches and seizures, the primary defense against profiling comes from the federal Civil Rights Act. In addition, many states’ own human rights acts prohibit any actor working on behalf of the government—such as the police—to use someone’s race or other protected class to discriminate.

Some states may also enact laws specifically addressing officers and other governing officials’ behavior, which includes racial profiling. However, it can be difficult to actually prove that racial profiling occurred during an encounter, which is why many individuals choose to work with a skilled civil rights attorney to give themselves the best chance of success.

Your Legal Rights If You Have Been Profiled

If you believe that you have been racially profiled during an encounter with a police officer, you may have legal recourse. The primary approach to seeking justice for racial profiling comes from civil suits, not criminal ones. Individuals can file a section 1983 lawsuit, which specifically sues for the violation of a person’s civil rights. It is possible to secure monetary damages in these cases, but it can be remarkably difficult. 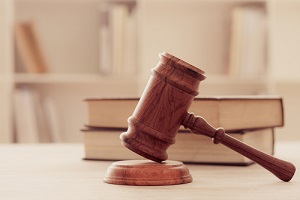 Some states also maintain their own processes for filing civil suits for racial profiling specifically. However, the government also offers remedies, and the US Department of Justice can bring its own lawsuit against police agencies that have conducted profiling.

In some rare cases, individuals may be able to take advantage of the “exclusionary rule.” If a person has been arrested as a result of evidence found during a police engagement that was initiated due to racial profiling by the police, they can ask the court to exclude that evidence because it was obtained illegally.

However, the Supreme Court has found that the officer’s personal bias is not illegal as long as other circumstances could explain why the interaction occurred. This means that it tends to be relatively simple for the police to craft some alternative explanation that creates probable cause, which makes the exclusionary rule difficult to use in practice. However, a civil rights attorney can assist clients with making the most of all possible avenues to seek justice against the officers and the police department who racially profiled them.

Whether you are simply examining your own civil rights in order to understand what to do if the situation arises or you believe that you have been racially profiled during an encounter with law enforcement, be sure to reach out for legal assistance and to ask questions.

A civil rights attorney like the ones at The Brown Firm can help you to understand your rights and defend them in cases where an officer overstepped their legal bounds due to bias. Reach out to schedule a consultation at a time that is convenient for you to discuss your options.