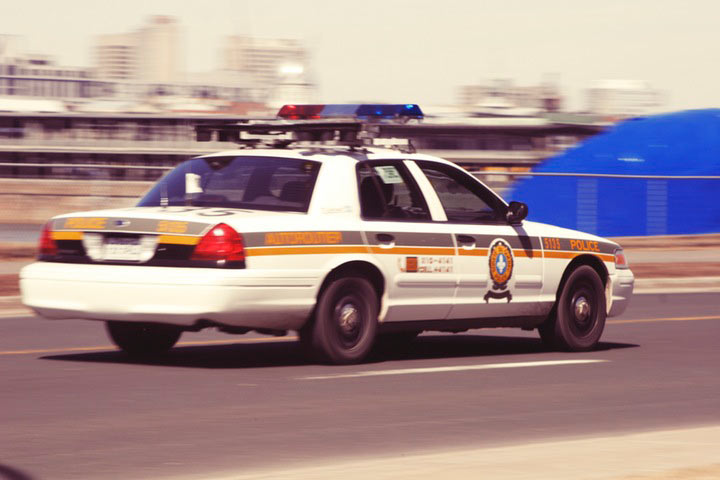 The police force as a whole has broad powers to enforce laws and generally keep the public at large safe. These powers are granted through the state and local governments. However, to ensure the rights of the citizens, the Constitution and other related laws put limitations on what the police can and cannot do. There is a delicate balance between making sure the public is safe and protecting individual civil rights.

Unfortunately, the police sometimes overstep their authority and violate citizens’ rights. There are legal options available after a violation has occurred. Civil rights laws provide citizens with a way to assert their rights in a court of law after their rights have been abused.

The police can stop and question virtually any individual as long as they have a legally acceptable reason to do so. In fact, as long as they have this legally valid reason (usually referred to as “probable cause”) then police officers are immune from civil suits. This immunity allows them to do their jobs correctly without fear of recourse in court—assuming they are acting within the limits imposed upon them by law.

If the police officer engages in unreasonable conduct, however, that immunity does not apply. Only when the police officer oversteps his or her legal abilities do civil rights laws come into play to combat unlawful police conduct.

Section 1983 is the primary resource of civil rights laws asserted against police who are engaged in misconduct. It is referred to as Section 1983 because that is where it falls within Title 42 of the United States Code. It is a federal law that protects the rights of every person in the United States with very few exceptions. Of course, constitutional rights also come into play, but these are more or less embedded within Section 1983.

Section 1983 was originally passed as part of the Civil Rights Act of 1871. This law was created in reaction to oppressive police misconduct that was occurring on behalf of uncontrolled, vigilante groups. Groups like the Ku Klux Klan were using their power and police connections to harm certain members of the public.

Section 1983 makes it illegal for anyone acting with the authority of the state to take away another person’s rights under federal law or under the Constitution. The most common claims brought under Section 1983 are for false arrest, malicious prosecution, excessive force, and failure to intervene.

A seizure is unreasonable when the arresting officer does not have probable cause for the arrest. An officer has probable cause when he or she has reason to believe that a crime has been committed. Usually, this means that the officer will have to obtain a warrant for an arrest.

Officers can also make an arrest without a warrant when the crime is for a felony or a misdemeanor that has been committed in the officer’s presence. Other exceptions may also be available depending on the state.

The arrest will be considered valid even if the officer’s information was incorrect at the time of the arrest. As long as the officer believed the information to be true, and that information created probable cause, then he or she cannot be liable for a false arrest claim.

To prove a claim for false arrest, a citizen has to show that the officer did not have sufficient facts to create probable cause. This test is from the standpoint of a reasonable person, not the subjective opinion of the arresting police officer. This reasonableness test is important because it discounts many individual officers’ opinions or biases.

Citizens have the right under the Fourteenth Amendment to “liberty.” The claim for malicious prosecution alleges a violation of the right to liberty. In this type of claim, the victim must prove four facts:

As with a claim for false arrest, if the officer can show probable cause for the prosecution, then this claim would fail.

Claims for excessive force tend to receive the most publicity today. With the use of camera phones and recordings, showings of excessive force are easy to capture and share. The public as a whole generally becomes outraged at excessive force situations because they seem inherently unfair or unjust.

The force that the officer uses varies in legal acceptability based on the seriousness of the crime alleged. It may also vary depending on whether the officer believed that the suspect was a threat to the officer or those around him or her as well.

What the officer thinks is reasonable does not have bearing in this situation; the test is based on what a reasonable officer would have done in a similar situation. It also does not matter what the officer’s intentions were at the time he or she used the force.

Officers have a duty to protect citizens. This includes providing protection against fellow officers. That means that they are required to step in and help if they see a fellow officer that is acting inappropriately or violating someone’s constitutional rights. If the officer stands by and does nothing, then he or she may be liable for their failure to intervene.

Most police officers who have civil rights claims against them will attempt to claim a qualified immunity defense. This defense allows officers to enforce the law without the fear of being prosecuted. As long as the officer’s conduct falls within the bounds of constitutional and federal law, then his or her activities are immune from prosecution.

There is no civil rights claim available if the officer acts reasonably and within the requirements of the law. An alleged victim must show that the officer was acting unreasonably, that the victim’s constitutional rights were violated or infringed, and that the victim was injured or otherwise damaged by the officer’s actions.

Police Misconduct: What to Do If You Have Been Affected

Our civil rights laws balance the need for law enforcement and an individual’s rights under the constitution. They are a crucial part of our legal system. Despite their importance, legal cases against police officers can be very difficult. Even if an individual feels that their rights have been violated, an officer may still be immune from suit if they acted reasonably according to standards developed by other police officers, laws, and the judge.

Claims against police departments as a whole can also be expensive because of the amount of evidence that you need to gather and secure for a successful claim. This could include statements of police officers, statements of witnesses, records, and other documentation.

The Brown Law Firm in Alexandria, VA Can Help

Attorney Chris Brown of the Brown Law Firm in Alexandria, VA is actively involved in asserting individual’s civil rights on their behalf against police officer misconduct.

In one such case, Brown and his team are investigating the death of a young man, D’Londre Minifield. Minifield died on February 28, 2016 after a police chase ensued. Police were reportedly chasing him because he had crack-cocaine, marijuana, and a gun in his possession.

The police reported that Minifield jumped over a fence to avoid police. He stumbled and fell. Police stated that as they approached him, he pulled out a gun and shot himself in the head. The police have considered the death a suicide.

Family and friends do not believe that Minifield shot himself. Instead, they think that someone else pulled the trigger. Police on the scene reported that none of them shot their firearms at the time of the incident.

One officer did use a Taser but reported that the Taser only came in contact with Minifield’s jacket. Interestingly, the use of the Taser was not included in the police report, and was only disclosed at a later meeting with the family—a meeting that their attorney was not permitted to attend. This discrepancy is just one of many that lead the family and Attorney Chris Brown to question whether the officers are being completely honest in their recitation of the facts of the incident.

Police have refused to do a gun residue test, but the victim’s family believes that this test will prove that Minifield did not take his own life. The Brown Law Firm plans to continue its investigation into the incident to determine whether the officers involved may have used excessive force.

The Brown Law Firm knows how important your constitutional rights are in every interaction with police. Our team works hard to help you assert those rights and helps you use the legal tools available to you to hold the right people accountable for their misconduct. Contact us by sending a message online or by calling.