› Civil Rights › What To Know During A Police Dog Injury Lawsuit 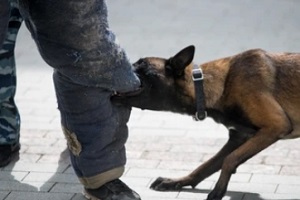 Police dogs can be powerful and immensely useful members of the police force. Their speed, agility, strength and courage can help officers to resolve encounters that the dogs’ human counterparts may struggle to bring under control.

However, not all uses of a police dog are sufficiently justified, and the handler of a police dog that causes injury to an individual may still be able to be held liable for that dog’s behavior depending on the circumstances.

How And When A Dog May Be Used

Police dogs are often used to assist officers when a situation is escalating out of their control. For example, a suspect who is becoming aggressive may be apprehended by a police dog in order to keep the human officers away from the suspect’s weapon.

Law enforcement often relies on K-9 units to chase fleeing suspects, since dogs are faster and more agile than most humans. The ability to send a K-9 to handle a conflict removes officers from some level of danger and helps to bring the situation back into their control as quickly and efficiently as possible.

However, officers still have a responsibility to attempt lesser control measures first; they cannot simply solve every confrontation with a police dog. If you believe that your case could have been resolved in a less aggressive manner and the officer did not attempt this.

If the officer released a police dog immediately upon arriving at the scene or without any indication that a K-9 unit was entering the field, you may have a case for a police dog injury lawsuit against the police department for this behavior.

When The Police Are Not Liable For An Injury

Police dogs and their handlers are immune from liability in certain situations. If a K-9 is on duty and is being harassed or provoked by a member of the public, the officer is not liable if the K-9 retaliates with a bite.

Similarly, an on-duty police dog who is assisting with the execution of a warrant or the apprehension of a suspect deemed potentially dangerous to officers or the public is simply doing its job; in these situations, the handler is not likely to be found liable for bites or other injuries caused by the dog, such as knocking someone over. K-9 units are also free to defend their handlers or another person from danger, even if this results in biting someone.

In certain situations, the police may still be liable for a K-9 unit’s actions. K-9s are not permitted to bite or attack people who are not reasonably suspected to be party to the specific scenario to which the police responded. 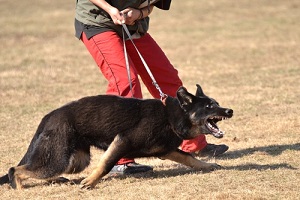 In other words, the police must have a justifiable reason to believe that the person they are confronting with the dog is directly connected to the potential crime at hand; this protects innocent members of the public who are simply nearby or in the wrong place at the wrong time.

Additionally, canine units can still qualify as excessive force, and police dogs used to subdue an individual who was not resisting, did not evade arrest or did not have a weapon may be found to be excessive.

Officers also have a responsibility to control the dog in the midst of an attack as well, meaning that law enforcement who do not regain control of the dog after the suspect has been subdued or allow the dog to continue attacking after the situation has been resolved may also be liable. Officers are not permitted to encourage the dog to be violent or to attack for an extended period of time.

If you have been bitten by a police dog and are exploring whether you may have a case for a police dog injury lawsuit against the police department, it is important that you reach out for legal representation as soon as you can after the incident. Valuable evidence such as photos of your injuries should be acquired while the event is still recent.