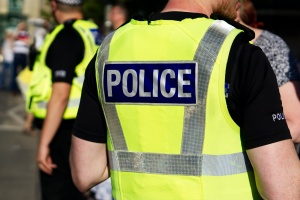 As relations between the community and the law enforcement officers that work across America continue to change, many people are left wondering how the police are supposed to interact with the public. For some, an encounter with an officer may have left them feeling uncomfortable, violated, or even physically harmed, and in these situations, it is important to understand the role that officers must uphold, how they are expected to behave, and what constitutes police brutality.

Police Brutality As A Public Issue

It is true that police brutality is a highly personal issue, leaving some individuals severely injured after their interactions with law enforcement. However, brutality is also a public issue; it alters the manner in which the public relates to the police, and it falls not upon individuals but rather upon governments and organizations to enforce the appropriate treatment of citizens in contact with officers.

Effects Of Police Brutality On The Public

The public at large are heavily affected by how police behave and whether they are prone to brutality. Everything from how the police are treated by the common folk to how safe a person is just walking down the street can be influenced by a local area’s propensity toward aggression in the police force. Not all physical engagements by police qualify as brutality or excessive force, but the public will be impacted if law enforcement officers engage in brutality.

Causes Deaths in the Community 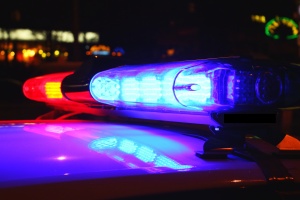 One of the most critical aspects of police brutality is its potential to cause severe physical harm or even death. Measures that track public health as a whole will consider statistics like life expectancy, not only among the population as a whole, but in specific groups, areas, and circumstances. Police brutality that results in loss of life is not currently tracked on a national scale; instead, it is cobbled together using smaller subsets of data that do not present an accurate overall picture. Brutality remains a public health issue because it impacts one of the primary public health statistics: life expectancy.

Mistrust creates a living environment that is less safe for everyone, and in this way, police brutality has lingering impacts in communities where it has occurred and across the nation. When a person does not trust the establishments meant to protect them, such as law enforcement, they are much less likely to rely on those establishments for help. This results in fewer people reporting crimes and safety threats that put the entire community at risk.

In many ways, police brutality both directly and indirectly affects a person’s mental health. When the people in a community begin to suffer in this manner, the entire community becomes a stressed group of people who fear for their safety and change their behaviors accordingly. In fact, studies that have tracked the self-reported mental health status of Black individuals in a community alongside data regarding the police killings of unarmed Black individuals in the same state showed that the number of killings in the state directly corresponded to a measurable increase in the number of poor mental health days by residents.

How to Know If You’ve Experienced Police Brutality 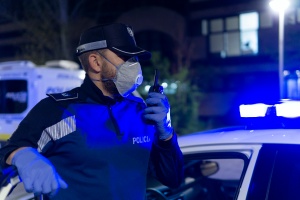 If you are unsure whether or not you have experienced police brutality, it is important to remember that not all physical engagement with police constitutes brutality. Officers are required to deescalate a situation using the minimum amount of force required. If you have interacted with a law enforcement officer who did not attempt to resolve the situation using hands-off means before resorting to physical violence such as beatings or the use of tools, you may have been a victim of police brutality.
Remember too that police brutality is not limited to physical actions. Brutality can also appear in the form of intimidation, either by an officer’s presence or words or through verbal abuse and harassment. If you have experienced these actions from a police officer, or if you have been coerced into giving a confession or pleading guilty due to threats, lies, or bribes, you may have a case against the law enforcement officer who engaged with you.

If you are unsure whether or not you have been the victim of police brutality, it is important that you reach out to an experienced legal expert as soon as possible. Be sure to document everything that you remember, and compile any evidence that you have, such as photographs or doctor’s notes. The Brown Firm would be happy to assist you with a police brutality case; reach out to discuss your situation with one of our skilled attorneys to determine whether you have been subjected to brutality. If so, The Brown Firm can help you achieve the best possible outcome in your case.