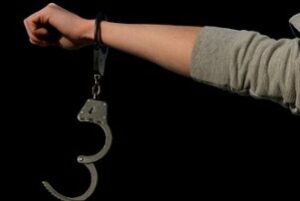 While a false arrest, otherwise known as false imprisonment or wrongful arrest, is not exclusive to law enforcement officials who abuse their power, it is the most common scenario. Anyone — law enforcement officer or private citizen — who has unlawfully held an individual against their will is liable for charges of false imprisonment. False arrests are both criminal and harmful to civil liberties. Because false arrests are a threat to civil rights, victims are able to sue for damages in a civil lawsuit.

The third was that they did not consent to the arrest. The last part of determining a false arrest is that it was not justified. The last aspect is the most divisive point.

False Arrests And The Role Of Police Officers

While the definition of a false arrest might seem to cover unlawful stops and seizures committed by police officers, the two are not the same. A person cannot be charged for a false arrest during a stop on the streets. If a person is only stopped, the question is whether the officer had a right to stop the individual; no arrest took place.

Because the person is not being held by the officer, even if that person felt confined, they are not subject to being falsely arrested and instead may have a case for unlawful detainment.

If, however, the officer escalates the situation and restrains an individual, the incident would then qualify as a false arrest.

Furthermore, a false arrest committed by an officer is not merely an arrest unsupported by evidence but also an arrest where an officer overreaches to what their power allows and acts without authority. While this definition makes the case favorable toward the arresting officer, an experienced attorney can help you build a case that can cast doubt on the legitimacy of the officer’s actions. 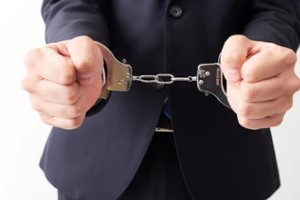 Despite their similar names, bad arrests and false arrests are not interchangeable. While a case of an officer arresting an individual based on mistaken identity would constitute a false arrest, a judge would not view the arrest as a false one.

The officer, in this case, despite arresting the wrong individual, would not be subject to charges of false arrest, because the arresting officer was acting on the presumption of evidence.

An example of a false arrest would be an officer arresting an individual who is walking out of a store, and the officer, without any cause, apprehends the individual.

There are two amendments in the U.S. Constitution that protect people from false arrests. The Fourth Amendment protects people from unreasonable searches and seizures, meaning that no person should be subjected to being searched or held without probable cause.

The Fourteenth Amendment furthers this protection by ensuring that liberty cannot be deprived without due process. Probable cause is determined by whether there is sufficient evidence to prove that the person arrested had committed or was in the act of committing an arrestable offense.

While the definition leaves plenty of room for interpretation, the main concern is whether there was evidence at the time of the arrest that the detained individual had done something wrong. 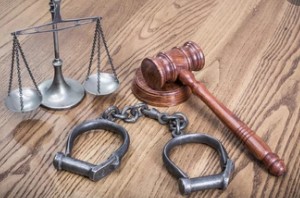 Section 1983 also protects private individuals from false arrests. Section 1983 is typically cited in instances of officers using unreasonable force against an individual, or when an individual is harmed during an illegal search. The law only applies to officers who are acting on duty, so it does not apply when officers are off duty.

If you have been a victim of a false arrest, you are also eligible to file a claim for civil damages. However, because the definition of a false arrest is not concrete, a judge may side with the officer.

Although hiring a lawyer might feel like an added expense in an already complicated situation, an attorney will not only save you money by assisting with your case against the officer but can also help you recuperate losses incurred during your false arrest and trial through civil damages.

The Brown Firm would be happy to speak with you during a consultation to determine the strategy that is best for your case. Reach out to schedule a time to speak with a civil rights attorney.