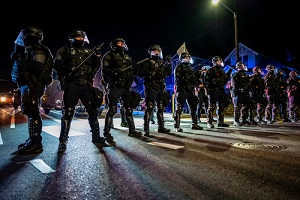 Every police officer has a duty to protect and uphold the peace and safety of the public, and this oath can lead law enforcement into dangerous and even deadly situations. The high stress of the job, personal biases and beliefs, situational challenges, and other issues can lead to an officer making the wrong decision about handling a particular incident.

When a law enforcement officer makes a choice that violates an individual’s civil rights, such as through excessive force, nonconsensual sexual contact or discrimination, among many other possibilities, that officer may be reported through a process called whistleblowing.

What Is Considered Whistleblowing?

Whistleblowing is the act of revealing unacceptable behavior by “blowing the whistle” and alerting authorities or the relevant organizations about its occurrence. A whistleblower may come from within the police department itself if another officer raises the alarm about the behavior of his or her colleagues.

A whistleblower case is not necessarily limited to a single individual; someone can choose to alert authorities about department-wide issues if multiple officers are participants. For example, if an entire police department is complicit in establishing a team-wide agreement to pull over people of a certain race, a whistleblower may raise the alert about the entire department.

Naturally, most human beings (police officers included) dislike being confronted about their behavior, giving many potential whistleblowers pause due to concerns about retaliation. Many people do not know whether they have any rights or protections as soon as they blow the whistle on police misconduct.

Are Whistleblowers Protected From Retaliation?

The short answer to “are whistleblowers safe from retaliation” is “not necessarily.” Especially in cases in which another officer is the whistleblower, protection may vary from individual to individual. If a member of the public makes a report about police misconduct, officers are not permitted to retaliate against this report; however, there is no direct penalty for retaliation in this case. The retaliation is itself considered misconduct, but it is not illegal in the strictest sense.

If a police officer comes out as a whistleblower in their own department, they see even less protection than a member of the public. Public employees who speak out against their company of employment may enjoy whistleblower protection laws; however, a Supreme Court decision in 2006 removed such protection for officers who make these reports.

The relevant case, Garcetti v Ceballos, made the decision not to offer First Amendment protection against retaliation given the consideration that bad employees may abuse the ability to claim retaliation if terminated from their jobs. Thus, depending upon the context, a whistleblower may not be able to benefit from any legal protection and may be retaliated against.

Whistleblower retaliation can come in many forms, but perhaps the most famous case is of Frank Serpico, a detective of the New York Police Department who became a whistleblower to out widespread corruption in the department in the 60s. 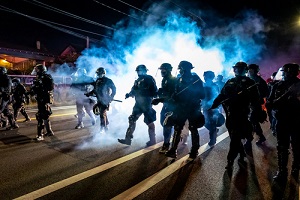 Other whistleblowers who have faced retaliation have seen behavior such as dead rats being placed on the windshield of their car, being pulled over frequently for no apparent reason, being transferred to different departments and even being terminated from their employment. In some cases, whistleblowers have found that the most permanent and least stressful solution to retaliation is to move out of state.

However, although not all whistleblowers are protected (unless you are a federal employee), reporting unacceptable behavior is not guaranteed to result in any negative consequences and is still a critical part of keeping the police accountable for their behavior and preventing their negative actions from impacting the public.

If you are concerned about the potential repercussions of making a whistleblower claim, you must reach out for legal guidance to ensure that you are protected as much as possible.

Work With A Civil Rights Attorney To Defend Your Rights

If you are considering becoming a whistleblower in response to the behavior of specific police officers or a police department, or if you have already blown the whistle on unacceptable behavior and are now facing retaliation as a result, you must reach out to establish a relationship with a legal professional as soon as possible.

The Brown Firm would be happy to assist you in cementing your rights and withstanding the retaliation or preventing it from occurring in the first place. Reach out to schedule a consultation with an experienced attorney to discuss your options and how to approach a potential whistleblower scenario safely and with as much preparation as possible.