› Civil Rights › What Is Police Misconduct? 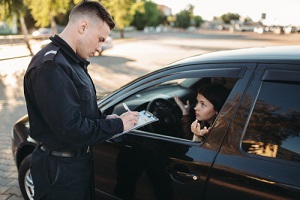 The police have a responsibility to interact legally and within an individual’s rights when interacting with the public — failure to do so can result in a charge of police misconduct.

Not all misconduct is physical in nature, and law enforcement officers can perform acts that violate an individual’s rights without ever laying a finger on them. If you suspect that you have been subject to misconduct by a police officer, be sure to reach out for legal assistance as soon as possible after the event.

What Is Police Misconduct In A General Sense?

At its broadest level, police misconduct is simply the act of a law enforcement officer violating a person’s civil rights or performing an illegal action during their interaction with another individual. The officer may violate a federal or state law, or they may breach the rules and regulations of their own police department.

Even off-duty violence may be sufficient to qualify an officer for a charge of police misconduct. The types of misconduct vary significantly, both in type and frequency, but you may be familiar with many of the most common varieties, even if you do not realize at first that they are misconduct.

One of the most common types of police misconduct — and the variety reported most frequently on the news — is unlawful or rights-violating physical action.

(Physical) police brutality and sexual misconduct occur within this category, such as when a law enforcement officer exceeds the minimum amount of force required to bring a situation to its conclusion and causes bodily harm and injury to an individual. Sexual encounters, harassment or exploitation that are initiated by an officer also constitute misconduct. 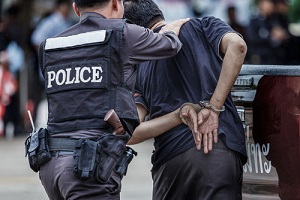 While it is clear to see how unwarranted searches fit into the category of violations of the Fourth Amendment, do not forget that falsely arresting someone is also an unreasonable seizure — of a person. Some of the lesser reported but still common types of police misconduct also include falsification of information.

This may involve a confession that is coerced or perjury, when an officer gives false testimony against a defendant. Falsified evidence also qualifies here, when the police either submit fabricated evidence or prepare it ahead of time to construct a specific narrative.

In addition to these types of police behavior, the actions that police take prior to engaging with the public may also expose them to a charge of misconduct. Racial profiling as the basis for an arrest or other action is not permitted, for example.

The Consequences And Treatment Of Misconduct

Police misconduct can be a challenging issue to confront in court because law enforcement officers are typically protected by qualified immunity.

This caveat prevents officers from being held liable for their actions in some circumstances to protect the police who have to make very quick decisions that are reasonable but turn out to be flawed in some way.

This is why working with a legal professional is important in cases of police misconduct. Whether you have a civil or criminal case against an officer will depend upon the type of misconduct or violation. If an officer behaved illegally, such as by engaging in sexual assault, the case can move through the criminal justice system. 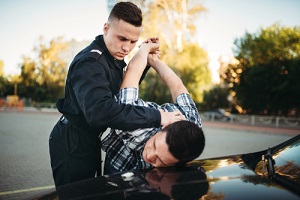 If your rights were violated, such as through false arrest, you will likely need to file a case in civil court instead. Sometimes, cases can be a combination of both and will need to be pursued through both legal channels. An attorney can assist you with this process.

When you seek legal action against a police officer, you do not generally take that specific officer to court. Instead, the police department that they work for is responsible; alongside your own legal action, the department may also elect to investigate the case internally and take action against the officer. The state’s relevant agency may also revoke that individual’s license to be a police officer as well.

Work with A Civil Rights Attorney For Police Misconduct Cases

Whether you believe that you have a civil or criminal case against a police department due to the misconduct of one or more of its law enforcement officers, it is important that you reach out to an attorney as soon as possible after the incident.

The Brown Firm would be happy to help you navigate this process to protect your rights. Reach out to schedule a consultation with an attorney to discuss a strategy for your police misconduct case today.