› Police Excessive Force › What Is The Penalty For False Arrest In Virginia?

Very few people actively want to have an interaction with a police officer where they might get in trouble-and some people end up in these situations anyway, even if they have done nothing wrong. If you have been arrested and you suspect that your arrest was not justified, or did not follow the proper protocol, here is what you need to know. This article covers the potential penalties that an officer could face for making a false arrest, as well as the risks you take if you choose to resist a seemingly false arrest.

What Is False Arrest? 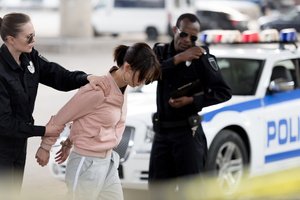 A false arrest, which is also sometimes known as an unlawful arrest, happens when someone is detained without probable cause or a warrant-in other words, when the person making the arrest does not have the legal justification to be arresting that person. To arrest someone, the person who is doing the arresting (whether that is a police officer or a civilian) must be reasonably sure that the person being arrested is guilty of a crime. A false arrest can also happen if the arrest was conducted incorrectly, such as if the Miranda Rights were not mentioned.

Examples of common situations where false arrests can occur are in retail settings, if the grounds for the arrest were untrue or if the officer made the arrest because of profiling or solely for self-serving reasons. In retail, someone can be detained at the door on suspicion of shoplifting, even if they did not steal anything.

Profiling refers to when an officer takes action against an individual solely on the basis of their apparent features, such as the color of their skin or their clothing. Stories of profiling most commonly reach the public when officers make arrests based on skin color or other details like sagging pants or a turban.

What Counts as Resisting Arrest? 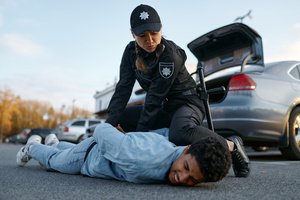 Resisting arrest can also be called resisting an officer or simply resisting or obstructing. It occurs when someone attempts to stop a person from arresting them and is defined in Virginia as: running or moving away during an arrest and a police officer uses physical means. It may also include running or moving away when the person has been told they are under arrest. When the arrest is lawful and the officer is capable of making the arrest and under circumstances in which a reasonable person would be aware they are not allowed to leave.

Penalties for Making a False Arrest

A false arrest can be embarrassing and inconvenient for the person who was arrested. Not only that, it is a violation of their personal rights. False arrests violate not just one, but two Constitutional amendments: the Fourth Amendment, which demands correct investigation, justification and legal arrangements for a warrant; and the Fourteenth Amendment, which prevents someone’s life, freedom or possessions from being taken without due process. As such, making an unlawful arrest is illegal.

Unlawful arrests are considered to be a misdemeanor charge. If an officer or other person is convicted of making an unlawful arrest, it carries several associated penalties, as well as liability for potential damages the victim may have incurred, such as medical bills, lost income, damaged reputation and more.

For someone to be punished for resisting arrest, there must be proof that it occurred. The arrest must also have been lawful for the person who resisted to be penalized for it. 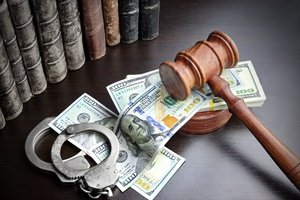 However, resisting is almost never a good idea, and the margins are narrow. If the person being arrested was mistaken and the arrest was lawful, they can be punished. Resisting arrest can also escalate the situation and potentially cause irreversible harm to both parties. The best way to approach this situation, if someone wishes to resist, is to ask if there are charges or legal justifications for the arrest. If not, then leaving peacefully is an option.

In light of all that, if there is adequate proof and the arrest was lawful, resisting arrest is a crime. It interferes with the police’s ability to enforce the law and keep the community peaceful. Resisting arrest is a class 1 misdemeanor, which is punishable with as much as a year in jail and fines that can go up to $2,500.

The Legal Professionals Can Help You to Understand Your Rights

If you have been faced with an arrest that you believe to have been unlawful, or if you chose to resist a seemingly unlawful arrest and are now faced with other charges, it is important to speak with a legal professional as soon as possible. The attorneys at The Brown Firm would be happy to help you understand your options. Reach out to schedule a consultation to get started.