› Criminal Defense › Can You Resist To An Unlawful Arrest In VA 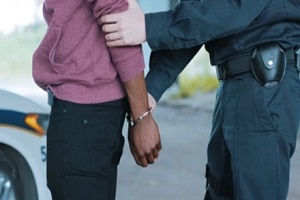 Unlawful arrests present a distinct set of circumstances from a typical arrest. You may know that it is illegal to resist arrest, but does the situation change if the arrest is unlawful? If you have ever been the victim of a police apprehension made on questionable grounds, you may have wondered exactly that.

This article explains what resisting arrest means, as well as the requirements for an incident to qualify as an unlawful arrest or detainment. If someone detains you and the detainment is illegal, you should know whether or not it is advisable to resist arrest so that you do not risk making the situation worse.

A police officer may see someone commit a crime or have other probable cause to arrest someone. If this happens and an arrest is made, resisting arrest refers to any action or behavior that is committed in order to avoid arrest. Other terms used to describe this scenario include, “resisting an officer,” “resisting,” or “obstructing.” Actions that qualify as obstruction could vary.

If an officer pulls you over for speeding and you drive away, this would be considered resisting arrest, even if you had no physical contact with the officer. Obstruction charges may also apply if you have not committed a crime but do something else to prevent law enforcement or medical personnel from doing their jobs, such as obstructing police on the way to their destination.

Not every state has a specific criminal statute against resisting, but Virginia does. VA Law 18.2-460(E) defines false arrest as fleeing from an officer while he or she is attempting to make a lawful arrest of a charged person.

What Qualifies As An Unlawful Arrest 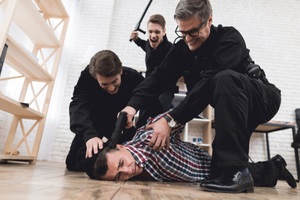 A private individual can also seize someone in an action called a citizen’s arrest. If a citizen thinks they have seen another individual commit a crime, they can legally apprehend the suspect until a law enforcement officer can determine whether there is evidence of a crime.

What if there is no evidence that you have committed a crime? This is where unlawful arrest laws apply. In cases like this, the person who has detained you is in the wrong and has apprehended you on a false pretense, violating your constitutional protection against unreasonable seizure. While this aspect of the law is most commonly thought of as a defense against individuals who seize your possessions, it also applies in matters where a person has been seized.

Can You Resist An Arrest If It Is Unlawful?

Virginia law specifies that the person who arrests you must have the legal authority to do so. If they do not, you may resist. Obstruction charges only apply if the police have a reasonable justification to believe you have committed a crime.

Though you may resist an unlawful detainment, ensure that you understand the situation before you try to resist. Resisting only adds to the charges you might face if the police do in fact have a legal reason to apprehend you. If you find yourself detained by an officer, you can ask about the charges against you or other legal reasons for holding you. If they have no answer, you are free to leave, facing no charges for resisting. 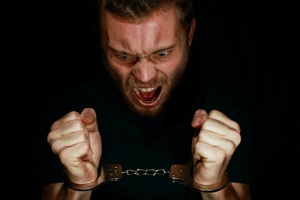 It may not be advisable to resist arrest right away; however, after you have determined that the detainment is illegal—and as long as that argument is supported by the judicial system—you may walk away without facing charges for it. Because you may not fully understand the scope of your detainment as it happens, it is typically recommended that you avoid resisting an arrest, even if you believe that it is not justified and has no legal footing. This can help to protect you from additional charges later and avoid unnecessary complications of the case.

Trust The Professionals To Help You Navigate An Unlawful Arrest

Being arrested is a stressful experience, and even more stressful if you have done nothing wrong. If you believe that you have been unlawfully arrested or illegally detained and are not sure whether you were within your rights to resist, it is important to obtain legal guidance as soon as possible after the incident.

You may not face charges for resisting, but you should navigate the legal process with an experienced attorney who can advocate on your behalf. The professionals at The Brown Firm would be happy to help you understand your options and represent you in court. Reach out to learn more or to schedule a consultation to get started.