› Civil Rights › What Are The Different Types Of Police Misconduct? 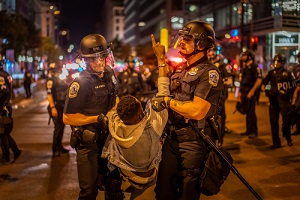 If you have interacted with a police officer on duty, you are likely aware that both the public and the law enforcement personnel’s actions are typically informed by certain duties or expectations. When a police officer does not abide by acceptable means of engaging with the public, they may be guilty of police misconduct.

This is a category that can encompass a wide variety of behaviors; however, if you believe that your rights were violated during an interaction with law enforcement, be sure to reach out for legal assistance.

Sexual Conduct As A Type Of Misconduct

Direct sexual contact of the genitals is not the only type of sexual misconduct an officer can conduct; sexual behavior without consent is included. Touching and groping also qualify in this category, and this behavior does not become permissible with consent if that consent was coerced or procured through force, either physically or verbally. 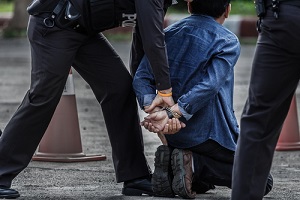 One of the most common assumptions about police misconduct is that it is primarily physical. While it is true that physical misconduct is a frequent type, assault by a police officer or the use of excessive force is just one of the many types of misconduct.

Any member of law enforcement must use only the minimum force reasonable to bring an end to the situation; if the officer makes use of more force than is reasonable, he or she can be guilty of police misconduct.

The notion of what is reasonable is subjective, and police are often protected by qualified immunity to shield their actions. When determining whether their behavior was excessive, the case will be examined in light of what the general reasonable action would have been if another officer had been in that situation.

A police officer can be guilty of misconduct without ever speaking or physically interacting with a member of the public. These instances are called failure to intervene, and they arise when an officer is clearly witnessing another member of law enforcement deprive an individual of their rights but does not take any action to stop the behavior.

Thus, even those who do not directly participate may still be found guilty. In order to determine this, it must be proven that the witnessing officer was aware that a constitutional violation was occurring and elected not to help.

Deliberate Indifference By An Officer

Similar to the failure to intervene is deliberate indifference from a member of law enforcement. If a police officer is aware that an individual is subject to substantial risk of harm, such as due to a medical condition or the risk of retaliation in prison, the officer is expected to act in a manner that protects that individual. 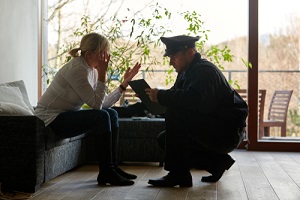 If it can be proven that an officer was aware that the person may come to significant harm and still failed to enact measures to prevent this harm, he or she may be liable for police misconduct.

This is different from the failure to intervene, because the risk of harm to the person in question may not have anything to do with a violation of their rights, as is required with failure to intervene. Serious medical conditions that do not receive proper monitoring are a large portion of police misconduct cases in this category.

If you suspect that a police officer engaged with you in a manner that was not appropriate, you may have a case for police misconduct. Be sure to speak with experienced legal professionals who are familiar with the nuances of a person’s civil rights in light of police conduct.

The civil rights attorneys at The Brown Firm would be happy to speak with you about the specific circumstances of your case and determine if you have been a victim of misconduct. Reach out to schedule a consultation with an attorney today.