› Civil Rights › Do I Have The Right To Resist Unlawful Arrest? 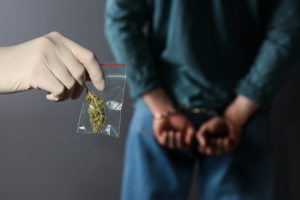 When an individual has been detained or arrested without reasonable cause or their Fourth and Fourteenth Amendment rights have been violated, they may have been subjected to unlawful arrest. It is only reasonable that, for someone who is being arrested for something that they may not have done, their first instinct is to resist arrest. However, it is important to understand whether resisting arrest is one of your rights during an unlawful arrest scenario.

When Is An Arrest Unlawful?

An arrest can be unlawful due to a number of causes; the most common are when an officer places someone under arrest without probable cause or reason to believe that the person committed or was about to commit a crime. Other types of arrest, such as detaining someone due to their race or failing to read someone their Miranda rights during an arrest, may also qualify as unlawful. For more information regarding what scenarios constitute unlawful arrest and whether you may have been a victim, read more here.

What Is Considered Resisting Arrest?

Resisting arrest typically conjures images of using physical force to prevent an officer of the law from placing handcuffs or other restraints on an individual. However, the definition of resisting arrest is fleeing from an officer who is attempting to make a lawful and proper arrest. This concept of fleeing is critical; fleeing means running away from an officer or otherwise leaving his or her immediate area of control. This is explained in further detail in Virginia code 18.2-460(E), which states that any individual who flees upon an attempted arrest by an officer, or when an officer communicates that he or she intends to arrest the individual, is guilty of resisting arrest. This is a Class 1 misdemeanor.

Can I Resist An Unlawful Arrest In Virginia? 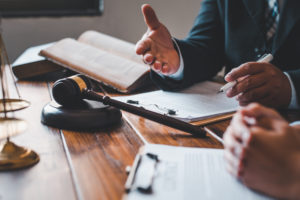 Any individual has the freedom to make choices for themselves, but it is advised that you comply with any arrest in Virginia, even if you believe it to be unlawful. If you submit to being arrested by a law enforcement officer, you have not given up your right to pursue the officer for charges of unlawful arrest. You may speak to a lawyer, which is one of your Miranda rights, who can examine your case and advocate for you if you have been the victim of unlawful arrest and your rights have been violated.

If you choose not to comply, you are at risk of being charged with a Class 1 misdemeanor for resisting arrest. If you are incorrect and your in-the-moment evaluation of your arrest is deemed incorrect because the arrest was lawful, having resisted will only harm your case. Resistance places you in danger of long-lasting legal consequences; however, complying does not remove your right to pursue justice for an unlawful arrest at a later time.

What Happens If I Am Charged With Resisting Arrest In Virginia?

If you are charged with resisting arrest in Virginia, the most important next step that you can take is to reach out to an experienced legal professional. If you have been unlawfully arrested, a charge of resisting arrest is not possible, and you will not be found guilty. However, this is a complex legal issue that requires skilled navigation by a lawyer who can raise the proper motions in court.

After you have secured legal counsel, it is wise to document everything that you remember. Write down a detailed account of the situation, including the officer’s name, badge number, and vehicle number if you can remember. Replicate what was said and done to the best of your ability. Be sure to include documentation of any injuries sustained during the process, as well as phone calls or social media conversations with friends and family members. Your attorney may be able to use this information as evidence to help your case. 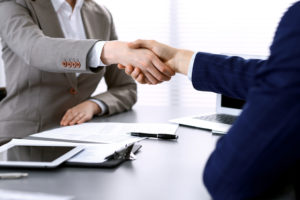 If you believe that you have been the victim of an unlawful arrest, or if you have been charged with resisting arrest because you suspected that your arrest was not lawful and you fled, reaching out to a skilled legal professional is your next best step. The Brown Firm PLLC would be happy to review your case and assist you in navigating the complex process of fighting a resisting arrest charge in court. Reach out to schedule a consultation with an attorney who has years of experience in unlawful arrest cases. The Brown Firm PLLC will examine your evidence and offer guidance on what to do next so that you can find closure after your arrest.