› Police Excessive Force › Can I Resist An Unlawful Arrest In D.C.?

Any arrest can be frightening and confusing, and a false arrest even more so. If you believe that you have done nothing wrong, your immediate response may be to try to prevent the arrest. However, if you choose to resist an arrest-even an unlawful one-you may face unintended consequences. Resisting a false arrest can often make the entire situation worse, and you may implicate yourself in other charges unrelated to the arrest. It is your right to defend yourself, but you must be aware of the potential consequences. Here is what you need to know.

What Constitutes A False Arrest? 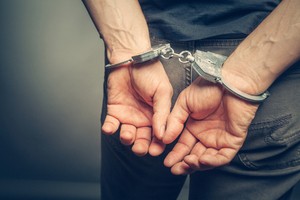 A false arrest, also known as an unlawful arrest or false imprisonment, occurs when someone is arrested without lawful justification. Police officers must have a legally supported reason to detain you; this could include a valid search warrant, a warrant for your arrest or even proof that you consented to the arrest. Officers often rely on probable cause-the concept that the officer has reasonable grounds to believe that you are in the act of committing a crime or have already committed one.

You may ask an officer at any time why you are being arrested. Similarly, you may ask the police officer if you are being detained or if you are free to leave. Arresting someone on unlawful grounds is a violation of their individual rights and is usually considered to be a misdemeanor. The Fourth Amendment grants protection against unreasonable searches and seizures-and in this situation, you are what’s being unreasonably seized. If the officer refuses to explain the reason for your arrest, do not become combative; instead, make a mental note of the situation to report to your legal representative later.

Possible Consequences Of Resisting An Arrest 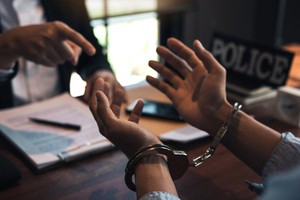 Resisting an arrest can lead to charges being brought against you, regardless of whether the detainment is unlawful. As such, even if you were innocent before, you will have now committed a crime (resisting arrest) and can expect to face consequences as a result.

Resisting arrest is a misdemeanor that can carry significant penalties. Penalties could include six months in jail, a $1000 fine or both. Less severe sentences – such as less jail time, a lower fine or supervised probation – are also possible depending on the circumstances of your case. These penalties are determined based on your previous criminal record and what happened during the arrest. The more aggressive your actions are during your arrest, the higher the consequences.

Thus, it is wise to comply with a police officer, even if you believe that you are being arrested on false pretenses. Any action that you take that could be construed as placing the officer at risk of harm may result in separate charges. You may also sour your relationship with the officer, who could then retaliate by worsening how they treat you. You have the right to protection from unlawful arrest-however, given the potential consequences of resisting an arrest, you do not need to exercise that right during the arrest itself.

Should You Resist Or Comply? 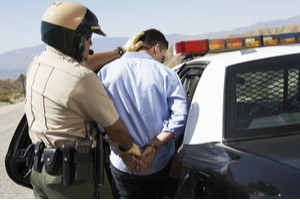 Generally, you should not resist arrest, whether or not that arrest is unlawful. If you resist an arrest, your actions could escalate the situation, leading to injury for one or both parties as well as potential additional charges. Instead, legal professionals encourage you to comply in order to avoid the risk of accruing additional charges or injuring yourself and others.

Your rights against unreasonable seizure are valuable, and they can be defended with the assistance of a legal professional once the arrest has concluded. This reduces the risk for you and grants your counsel as much access to evidence as possible. In short: while you have the freedom to resist an unlawful arrest, you should comply until you can acquire legal representation to defend your rights.

Any encounter with a law enforcement officer can be a stressful experience, even if you have done nothing wrong. In the event that you are unlawfully detained or arrested without probable cause or an acceptable reason, you should seek legal assistance as soon as possible. Make note of any information that you remember-the officer’s name or badge number, any potential witnesses or even the time of day when the arrest occurred. The attorneys at The Brown Firm would be happy to help you understand your potential next steps and advocate on your behalf in court. Reach out to schedule a consultation to discuss your rights, begin the process of collecting evidence or ask any questions that you may have.