› Criminal Defense › Can I Sue For Police Racial Profiling? 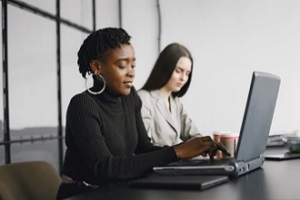 The types of encounters an individual may have with police can vary significantly, but a few things often remain the same, such as an officer’s propensity to engage certain individuals more than others. Not all officers practice bias-based policing, but the truth of the matter is that it is a common approach.

When an officer allows their own personal opinions and beliefs about a person to influence who they pull over or drive them to inaction, that officer may be guilty of racial profiling. If you suspect that you have been a victim of racial profiling, you have options.

Racial profiling is the act of targeting someone based on how they look or sound—or in other words, their perceived race or nationality—rather than on their behaviors and actions. This may take the form of an officer pulling over a Black individual solely because the officer believes that they are suspicious because they are Black. Such behavior often happens when someone does not believe that a certain person “belongs” in a specific area, and it is one of the most common influences behind who is pulled over for minor traffic issues.

Black individuals remain heavily targeted, but other demographics have also experienced challenges in this area, especially following 9/11; those of Middle Eastern descent saw an increase in police engagement after this event. However, you need not be Black or Middle Eastern in order to be profiled.

Racial profiling is not limited only to choosing to pull someone over or engage with someone based on their race. It can also take the form of failing to respond to a call for help or report made by a minority individual or allowing a person to be turned over to a group that intends to do them harm. The police are responsible for both their actions and their inaction.

Can You Sue for Racial Profiling?

The short answer is that yes, you can sue on the basis of racial profiling. However, this can be a particularly difficult case to win. A Section 1983 lawsuit is intended to defend your civil rights, and Section 1981 prohibits racial discrimination by a government official (which includes a police officer). Both federal and state civil lawsuits can be brought, but establishing a pattern of discrimination is one of the most effective means of seeing success in cases of racial profiling.

It is also important to be aware that you may qualify for the exclusionary rule, which states that any evidence that incriminates you must be excluded if it was obtained as a result of an illegal encounter such as racial profiling. However, the officer need only justify the circumstances of the stop, which makes utilizing the exclusionary rule challenging. This is why many choose to work with a civil rights attorney who is familiar with some of the most effective defenses against racial profiling.

Steps to Take When Preparing for Legal Action 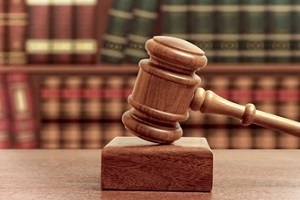 If you believe that you have experienced racial profiling in your interactions with law enforcement officers, it is important that you perform a few tasks as soon as possible after the incident. First, document everything that you can remember about the event.

Remember not to embellish; your statement serves as valuable evidence, and if you are not being completely truthful, you could compromise the usability of your testimony. If you remember specific things that were said, write them down. If you can recall the officer’s name, badge number, license plate number or physical description, include this too. If any witnesses were present, include their information as well.

Everything related to the incident should be kept, such as traffic tickets, citations and any videos or photographs that you have in your possession. Tackle these tasks as soon as possible after the event, while they are still fresh in your mind, so that you can compile the most comprehensive defense possible. An attorney can help you to organize your materials into a sound case in your defense.

Work With An Experienced Attorney To Defend Your Civil Rights

If you are considering suing the police for racial profiling, you will need to explain in detail why you believe that the events that occurred constituted profiling. A Virginia civil rights attorney can walk you through this process and develop a case to represent you in court.

You may seek monetary compensation in racial profiling cases, though the legal struggle is often not easy. The attorneys at The Brown Firm would be happy to help you approach this challenge. Reach out to schedule a consultation to discuss your options.