› Civil Rights › How Does The Constitution Protect My Individual Rights? 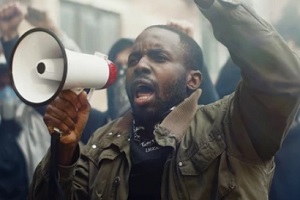 Freedom is the backbone of American society and the principle behind its foundation. America’s founders emphasized this freedom in many original documents, such as the American Constitution. As an American citizen, you likely expect to enjoy certain freedoms but may be unaware of exactly what these freedoms are. The Constitution serves as a guide concerning the freedoms that you may enjoy as an individual.

However, the Constitution itself and the freedoms it offers can be difficult to understand, especially if you have never been put in a situation to challenge your rights. You may wonder what individual freedom is and how it differs from other types of freedom. You may also wonder exactly what the Constitution does to protect you.

What Are Individual Freedoms?

Individual freedom arises out of histories and philosophies that value letting people pursue their interests and goals. The concept stretches back to the founding of the first democracy in Greece. Their democracy placed more value on the individual and their relation to government. Democracy has continued throughout history, coming eventually to America as the colonists aimed to defend their rights against the laws established by the British monarchy. Various founding documents, such as the Constitution, reflect values of individual freedom.

What Does The Constitution Say About Individual Freedoms?

The first 10 amendments opened the door for further revision to the Constitution. If citizens agreed that the current Bill of Rights failed to protect certain freedoms, they could add an amendment to protect that issue. Since the writing of the Bill of Rights, lawmakers have added 17 additional amendments. These include greater protections and opportunities for women and rights for those previously enslaved.

What To Do If Your Individual Rights Have Been Violated 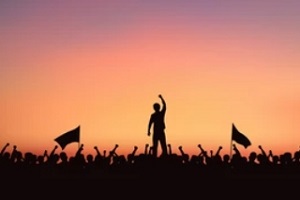 If you believe that your rights have been violated, the Equal Protection Clause in the Fourteenth Amendment gives you the right to seek legal action. Different violations may require different courses of action, and an attorney can assist with this process. In general, the individual must prove that the right has been violated and that they have suffered harm as a result. Courts will then examine the evidence using various methods of scrutiny. If the court finds that your case adequately demonstrates a violation of individual rights, you may receive some form of compensation.

Another way to protect your civil rights is to report violations to various governmental departments. The U.S. Department of Justice and Homeland Security are two governmental organizations that allow individuals to file reports of civil rights violations.

Speak To A Civil Rights Attorney About Your Freedoms

The Constitution and its amendments protect your freedoms as an American citizen. Unfortunately, you may face scenarios in which an organization denies you these freedoms. In these scenarios, legal help is available, and you do not need to face the problem alone. The legal professionals at The Brown Firm can explain your freedoms and rights in greater detail and can advise you about the potential next steps if you have experienced a violation of your rights. Reach out to the civil rights at the Brown Firm for further information or to schedule a consultation.