› Civil Rights › How To File A False Arrest Lawsuit In Virginia? 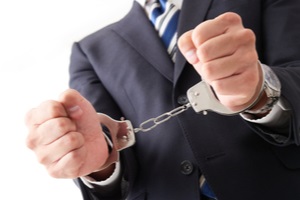 While a lawsuit may not be your first thought after an unpleasant police encounter, Virginia law provides civil legal recourse to protect its citizens from abuses of power by governmental offices. This includes the right to bring a lawsuit against a law enforcement officer who has committed a false arrest.

What Is A False Arrest?

Most states’ false arrest laws establish similar requirements. The most foundational qualifying factor for a false arrest is the apprehension of a person that has been performed without justification. You may also hear the term “unlawful arrest.” False arrest and unlawful arrest are interchangeable legal terms; both refer to the same body of law.

Virginia primarily follows common law standards—in other words, legal precedents set by earlier court cases. Officers can initiate an arrest whenever they see a crime occur. If they did not witness the crime as it occurred, they do not have the authority to take someone into custody unless there is already a warrant for that person’s arrest – or there is evidence of a felony being committed in the presence of the officer. Another exception is detainment for breach of peace. This type of arrest may be more difficult for law enforcement to justify because, although it has historically been part of common law, current law practice maintains stricter requirements.

This means that if any person – not just a law enforcement officer – were to trap you and prevent you from leaving a place for an indefinite or prolonged period of time, it may qualify as a false arrest. This is the case regardless of whether or not the person claims that you have committed a crime or that they have knowledge of a warrant out for your arrest.

Virginia law defines false imprisonment as the, “restraint of one’s liberty without any sufficient legal excuse.” Although the definition sounds broad, the case that gave rise to it was a false arrest case. A police officer arrested a citizen for alleged wrongdoing but did not have a warrant. So, while the definitions may somewhat differ, in practice Virginia uses the terms for similar situations.

Your Rights If Arrested

If you are arrested, wrongfully or not, know that you have certain fundamental rights Known as your Miranda Rights. Miranda Rights protect against self-incrimination. For wrongful arrest cases, in particular, the officer may not have evidence or other legal justification to arrest you. A police officer may try to make you feel pressured to tell the police what they want to hear and admit to a crime that you did not actually commit, but you have no legal obligation to say anything.

How To File A Lawsuit 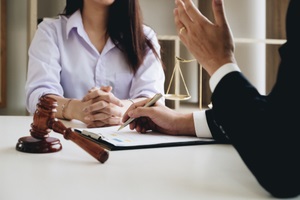 Time is a crucial factor in matters of false detainment. Many states require that you file a “notice of claim” as soon as possible after an alleged false arrest—sometimes as soon as 60 days but not a day later. These claims notify the government that you are filing a claim because you were the victim of harm by a governmental employee. If you are in a state that requires you to file a timely notice of claim but fails to file the claim within the designated time frame you may not be able to proceed with a lawsuit.

Since it can be difficult to navigate these rules alone, it is important to contact a lawyer immediately following an unlawful police seizure. A lawyer can help you navigate Virginia law and ensure that you file a timely claim to receive any due compensation.

Trust The Professionals If You Believe You Have Been Falsely Arrested

An unlawful arrest can be a physically and emotionally stressful experience. The impact of an unlawful arrest may haunt you for years and even cause permanent harm to your reputation, earning capacity, or health. The lawyers at The Brown Firm would be happy to help you understand your legal options. Reach out today to schedule a consultation and discuss any questions you may have about the process.