› Criminal Defense › What Qualifies As An Unlawful Arrest In Virginia? 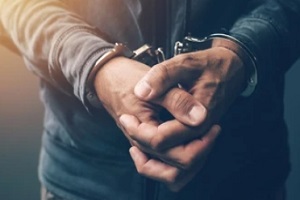 In every state, laws protect citizens from wrongdoing by other citizens and by those in power. These laws ensure that you can go about your daily life without fear. Unlawful arrest laws protect citizens from arrest by the police and even other private citizens attempting a citizen’s arrest. These procedures ensure that no one can arrest another person without following a proper legal procedure.

If you or someone you know believes that they have been unlawfully arrested, you must reach out for legal counsel as soon as possible after the event; you may have recourse. However, laws on this issue differ per state, and you should learn more about the laws regarding unlawful arrest in Virginia.

What Is Unlawful Arrest?

States all across America maintain laws against unlawful arrest, also referred to as unlawful detention or false arrest, which involves restraint or detention without lawful reason. Lawful reasons for arrest include probable cause or a valid arrest warrant. If an officer arrests you without these things, the arrest may be considered wrongful. Even in cases of detention without ill intent, the person who has arrested you could still be found guilty if they failed to follow proper procedure.

The right of protection from unlawful arrest comes from the amendments to the US Constitution. The Fourth Amendment protects against unreasonable search and seizure. The Fourteenth protects life, liberty and property. Together, these amendments serve as the basis for protection against false arrest in America. Each state has built on these amendments by creating state laws.

The law code of Virginia explains cases in which arrest without a warrant is permitted. If someone making an arrest fails to abide by these rules, the arrest may be considered unlawful. Police officers and certain other officials may detain you without a warrant if an offense occurs in their presence. They may also arrest in the case of felonies without a warrant and without having been present when the crime was committed. If your case does not fit under any of the categories above, it may be considered unlawful detention.

In cases of unjust arrest, Virginia law allows innocent persons to seek damages if they can prove their case to a court. This means that if you have been wrongfully detained, paying attention to the details of your arrest can prove useful should you choose to pursue legal action.

What to Do If You Have Been Unlawfully Arrested

If a police officer seeks to detain you, you may feel afraid. You may also be upset, convinced that you did nothing to deserve the arrest. In this scenario, you may want to react immediately and protest your innocence, but it is often better to comply with the arrest and seek justice later. 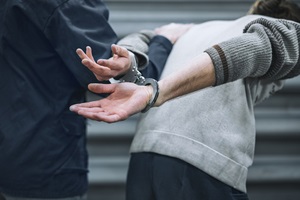 In the case that a police officer detains you wrongfully, try not to act aggressively. Instead, document anything you can remember that might help make a case later on. This may include officer badge or license plate numbers. Also document any injuries you receive by taking photos and visiting a medical clinic. However, be sure that your documentation does not include statements of opinion; this includes making statements of judgment or attacking the personal character of the individual responsible.

This may compromise the integrity and reliability of your testimony. After you have been released, you can use the information you gathered in several ways. First, you may file a complaint with the police agency, reporting the details of your arrest. Another option is to make an exclusionary motion preventing any evidence gathered at the time of your arrest from being used in a court case. Finally, you may choose to file a lawsuit.

If You Have Been a Victim of an Unlawful Arrest, Speak to an Attorney

An unlawful arrest is never a pleasant experience. In many cases, the consequences of such an arrest may cause further distress later on and can generate tangible effects on your life, such as loss of employment and income potential, for which you may try to recover damages. If you have been negatively affected by wrongful detention and would like to file a lawsuit, The Brown Firm would be happy to help. Reach out to learn more about your options or to schedule a consultation with a legal professional.