› Criminal Defense › How To Prove A False Arrest 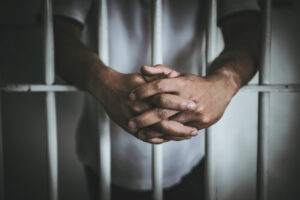 False arrests are not only illegal, but also a violation of the Fourth Amendment. While both private citizens and law enforcement can be guilty of falsely arresting someone, the act is mostly committed by the police. If someone has been arrested without cause, the burden of proof falls on the victim to prove their innocence and that they were arrested unlawfully.

What To Do During The Arrest

The first thing to know about engaging with a false arrest incident is to avoid resisting arrest. Even if the initial arrest is unlawful, a person can still be charged with resisting arrest. While the process of an arrest can be humiliating and infuriating, the best course of action is complying with law enforcement’s orders and staying calm throughout the ordeal.

Be sure to know your Miranda rights. While law enforcement may not offer a Miranda warning, it is best to remain silent until an attorney is able to provide counsel. Even if the arrest is unlawful, maintaining silence is the best course of action, as the arresting officer will have less to misconstrue during the trial over their rationale for the decision to arrest.

What To Do After The Arrest

If the police attempt to search anything, they must provide a search warrant. If the police do not present a warrant, they should not be permitted to conduct a search of a person or their property. The Fourth Amendment protects individuals from both unlawful seizures — the category that false arrests fall into — and unlawful searches as well.

After the false arrest occurs and the victim is released from custody, there will most likely be a trial to ensure the offending officer is held accountable. During the trial, it is vital to prove four key elements to the court that a false arrest occurred.

The first point is proving that an arrest took place. This is the easiest of the four elements, as it is simply demonstrating that an individual was detained. The second element is closely tied to the first, which is providing evidence that the arrestee was aware of their detainment and their inability to leave the situation. The third is that the victim of a false arrest did not consent to the confinement and that the detainment continued regardless. 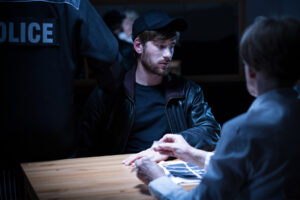 The final element is the most crucial but also the most difficult to prove. In order to prove that an arrest was unlawful, the victim must prove that their arrest was not legally justified.

If law enforcement has a warrant at the time of the arrest, there are still several measures that can invalidate the warrant and make the arrest illegal. If the warrant wrongly identifies an individual, fails to specify a crime, does not list which court issued the warrant or was produced because of untruthful statements by the police, the warrant is invalid. While an arrest based on an invalid warrant does not immediately mean that a false arrest has taken place, it does enable a falsely arrested citizen to utilize evidence that their arrest was not legal.

Filing A Lawsuit With The Help Of An Attorney

Victims of false arrest can file lawsuits for civil damages because of the violation of their civil rights. A lawsuit can both punish the offending officer and their department, as well as compensate the victim. The monetary damages received in a lawsuit can cover medical bills, wages lost as a result of the unlawful arrest, pain and suffering (including mental distress) and the cost of a civil rights violation. 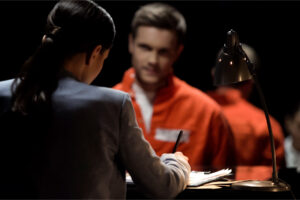 If you believe that you have been a victim of a false arrest, proving your claim comes with challenges. This is why you should seek the assistance of a professional civil rights lawyer who can overcome some of the legal hurdles specific to your case, such as police’s qualified immunity. The Brown Firm PLLC would be happy to help you determine your next steps and create a compelling argument in your case. Reach out to schedule a consultation with a civil rights attorney that specializes in police misconduct and brutality cases.