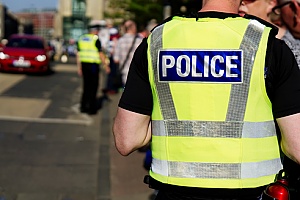 When the police attempt to diffuse or resolve a situation, they have many options at their disposal. An officer is required to begin attempts at de-escalation using the least aggressive option available, and only progressing toward more physical force if the situation demands and other options have been exhausted. At the top of this pyramid of escalation sits deadly force. The police are only permitted to exercise deadly force in very specific circumstances, and using it outside of these scenarios can leave them liable. If you wish to file a police deadly force lawsuit, there are some things you should know first.

The term “deadly force” refers specifically to an action by a police officer that any reasonable person would logically expect to lead to death or grievous bodily injury. Most commonly, this term refers to the use of a firearm; however, other actions such as pinning someone to the ground by the neck, striking them in the head or hitting them with a police vehicle may also qualify. The use of a taser does not typically constitute deadly force, even though it is possible for tasers to cause serious harm or even death.

Can You File A Lawsuit Even If The Victim Was Guilty? 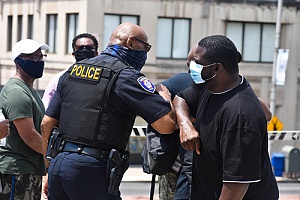 You may be concerned that your ability to file a lawsuit for the use of deadly force by police may be hampered if the victim of the deadly force was likely guilty of the crime for which the police initiated the encounter. However, lawsuits concerning the use of deadly force are only concerned with whether the police officers appropriately utilized force and nothing else. Whether the victim was innocent or guilty has no bearing on the ability to bring or succeed in a lawsuit against law enforcement officers.

One of the main challenges that many people struggle with after a deadly force incident is how to actually initiate a lawsuit. Typically, the affected person would be the one to bring a lawsuit against an offending party; however, in the case of deadly force, by nature, the victim will have passed away as the result of police action and is therefore unable to bring a suit themselves. However, in general, the family of the deceased will be able to bring the lawsuit on behalf of the person who experienced the deadly force by police.

One of the first things to do after a deadly force incident has occurred is to document everything that you know. This includes the time of day and location, who was involved, any potential witnesses, the officer’s name and badge number if possible, as well as their vehicle’s license plate number and other details—anything that you are aware of. Be sure not to embellish; this information is critical to your case, and fabricating information can make your testimony seem unreliable and dishonest. 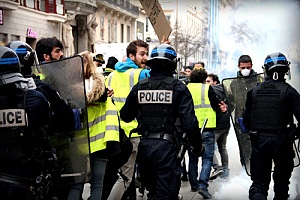 Next, you should reach out to an attorney who has worked with deadly force cases in the past. The police are often protected by a concept called qualified immunity, which grants them protection for some actions taken on the job. Overcoming this barrier can be a challenge, which is why it is critical that you work with a legal professional who has navigated this issue before. The attorney will also be able to tell you whether the case does constitute unauthorized deadly force; the police do have the right to exercise deadly force sometimes, under specific circumstances. One of the primary aims of the lawsuit will be to demonstrate that the officer utilized deadly force in the absence of a reasonable threat of serious bodily harm, either to the officer or the general public, as a direct result of the victim’s actions. This is the criteria for deadly force; if the victim threatened an officer with a gun, the case is less likely to succeed than if the victim fully complied with officers but was targeted anyway.

If a loved one or family member has been the victim of deadly force by police, you may have the option to bring a lawsuit on their behalf against the law enforcement department for their behavior. The attorneys at The Brown Firm would be happy to help you understand your rights and options, as well as whether you have a case. Reach out to schedule a consultation to discuss the event and your potential strategies for moving forward with legal action.