› Police Excessive Force › What Happens If I Suffered A Taser Injury By The Police? 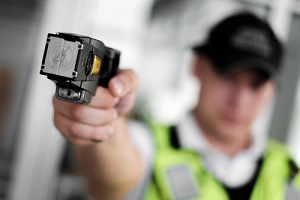 One of the many tools at the disposal of police officers is a taser, and most officers will carry a taser in addition to other items such as a baton or handgun. However, the police must exercise care in using their tasers, and if one is used prematurely during a confrontation, then the officer may be liable.

Furthermore, causing injuries by using a taser may leave the police vulnerable to lawsuit for damages based upon the severity of the injuries and other factors. If you suffered a taser injury, you may have a case to pursue compensation, not only for the pain and suffering that you endured but also as recompense for financial impacts such as medical bills.

How Can A Taser Cause Injury?

Tasers are tools that utilize electricity to immobilize an individual. Generally, one of two types of tasers may be used. The first is a small, handheld device with two metal probes, between which a current of electricity can pass. This type of taser must be directly applied to the body so that the nodes come in contact with the skin in order to deliver a shock.

Some officers do not use this type of equipment because it requires close proximity to someone who could be dangerous. Instead, they will opt for the other type of taser: one more akin to a gun that shoots two pins attached to two metal cords. The pins pierce and stick into flesh, delivering an electric current from the gun along the cords. This allows for a shock to be delivered from some distance.

Because electricity is being used, tasers can indeed cause serious injury or even death. The electrical currents may disrupt brain or heart function, leading to seizures, abnormal brain function and even a potentially fatal heart irregularity.

In addition to these consequences, simply being hit with a taser causes the muscles to freeze, which generally results in the affected individual falling to the ground with no control over their body. Unable to catch or brace themselves nor control how they fall, the individual may hit their head on the way down, land in a way that causes severe injury or fall such that they cannot breathe.

Do Tasers Cause Permanent Disability?

It is possible that tasers may cause permanent disability, though it is rare. Because of the electricity’s body-wide effect, the brain and heart may be severely impacted. Permanent disability as a result of tasers is most commonly related either to a brain malfunction that predisposes the individual to seizures or other damage or an injury as a result of falling after being tasered (such as a spinal fracture or severe head trauma).

When The Police May Use A Taser 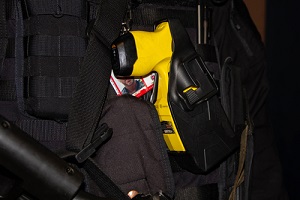 Tasers are powerful weapons, but the police are sometimes justified in their use. Police officers must follow the rules of escalation during each encounter, beginning the interaction with as little force as possible.

If mitigating strategies such as conversation or commands do not work, they may gradually increase their force, using the minimum required in order to resolve the encounter. Generally, a taser is never permitted unless the individual is actively fleeing and poses a direct and immediate danger to themselves or others.

How Compensation For Taser Injuries Is Determined

If you have been tasered by the police and are wondering if you may receive compensation, the answer depends upon the details of your case. If the police officer(s) used a taser without announcing that they were doing so first, or if they did not fully exhaust other methods of resolution before resorting to the taser, you may have a case for excessive force.

If someone you love passed away as a result of injuries or abnormalities induced by a taser, you may have a wrongful death lawsuit. Typically, taser injuries are reimbursed based on factors such as permanent loss of income as a result of injuries, the cost of medical bills incurred while seeking treatment and any damages able to be secured from an excessive force claim.

If you or someone you know has been the victim of a police taser and suffered a police taser injury as a result, a lawsuit may be one viable option for seeking recompense.

The attorneys at The Brown Firm would be happy to help you understand your options and evaluate the details of your case to determine whether factors such as excessive force or police brutality were at play. Reach out to schedule a consultation to share your situation and begin the process of filing a lawsuit if you are eligible.