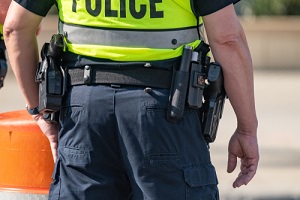 The police have a wide variety of tools available to them to resolve an encounter, and determining which one to use is up to the individual officer at the time. However, law enforcement personnel also have a responsibility to start encounters with the minimal possible aggression and escalate from there based solely upon necessity; they must attempt to de-escalate first.

This makes many people wonder if officers who use tasers are guilty of the use of excessive force. In order to answer this question, you must first understand what excessive force is and how it is determined.

How Does A Taser Work?

A taser is a type of handheld weapon that delivers an electrical shock in order to subdue an individual. They typically come in two types: one that passes electricity between two nodes directly on the handheld device, which must then be placed against the skin to deliver a shock, and another that shoots pins attached to wires.

These pins pierce and latch into the skin, allowing the wires to deliver the electric shock. The pulses delivered by the device interrupt the human neurological and muscular systems, which typically causes the tasered individual to drop to the ground, as they cannot adequately control their muscles.

What Is Considered Excessive Force?

Excessive force is force by a police officer that exceeds what is reasonably necessary in order to resolve the situation. This consideration of “reasonableness” is critical; what would other officers do if presented with this same situation? Officers are obligated to begin interactions by communicating verbally in an attempt to de-escalate and resolve the situation in this manner first. If this is not sufficient, they may progress to touching and so on.

Excessive force occurs when an officer skips earlier and less aggressive options for resolution or attacks an individual in a manner that causes them unnecessary harm. Knowing this, is a police taser considered excessive force?

Determining The Reasonableness Of The Police’s Actions 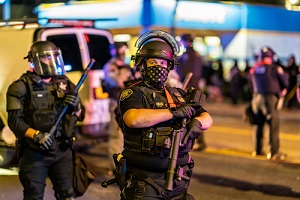 When considering what is “reasonable” for a police officer, the court will evaluate a number of criteria. The severity of the crime is one such consideration. Tasers tend to be less necessary (and therefore less reasonable) for minor crimes. However, an unruly and uncooperative suspect may still necessitate the use of a taser even for a minor crime like a traffic violation, which is why more than one factor will be studied.

Additionally, whether the suspect constitutes an actual threat to officers or the public will determine what is and is not excessive in terms of force. Individuals who pose a significant threat to life or property are more likely to need to be tasered in order to stop them before they harm someone.

The same can be said for suspects who attempt to flee or physically resist arrest. Officers may need to protect themselves or restrain a suspect, and it may be too dangerous to physically engage with the individual, thus necessitating a taser. The specific facts of the case will be important in determining whether the police used excessive force when they utilized a taser.

While the considerations above are some of the most important when determining whether a taser constitutes excessive force, there are other circumstances that can also sway the case. If the officers failed to identify themselves as members of law enforcement before using a taser, the odds of successfully bringing an excessive force case increase.

The same can be said if the officers did not issue any warning to the suspect that they were going to employ a taser. Furthermore, if the individual who was tasered experienced severe injuries or physical harm as a result of the incident, the court may find in favor of excessive force. 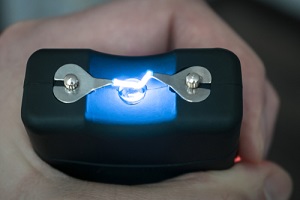 Because tasers use electricity, they can have severe health consequences, such as interrupting the heart rhythm, and the sudden collapse of the body may cause head injuries and other problems. Additionally, suspects may experience severe bleeding from the sites at which the electrical probes entered if this type of taser was used during the encounter.

Work With The Professional Civil Rights Attorneys In Your Case

If you have been the victim of a police taser during an interaction with law enforcement and believe that the officers used excessive force, you may have a case for a lawsuit. The attorneys at The Brown Firm would be happy to help you explore your options and understand how your case may proceed. Reach out to schedule a consultation to discuss the details of your case and develop a strategy.