› Police Excessive Force › When Does Police Use Of Force Become Excessive Or Unjustified? 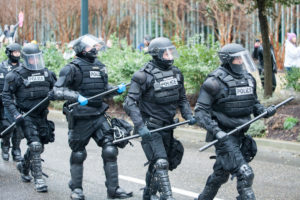 If you or someone you know is looking for information on what constitutes excessive force by police, or if you believe you may have been a victim of unjustified force during a police encounter, it is important that you understand what makes certain actions excessive. Police have a duty to treat others with humanity and follow a gradually escalating procedure for handling difficult situations. If this protocol is breached, the police may be guilty of the use of excessive or unjustified force.

What Is Excessive Force By Police?

Excessive force as a general term refers to when police use force or take actions that are unnecessarily aggressive or confrontational when lesser actions may have been appropriate in resolving the situation. Police are required to use the minimum force necessary to diffuse an incident, even if this makes the resolution take longer or be less convenient.

Sometimes, in an effort to quickly deescalate a situation, a police officer will choose to utilize a high level of force, such as physical confrontation or use of a weapon, to end an encounter quickly. However, this may qualify as an excessive use of force if certain criteria are met.

The Force Used Is Unproportional To Level Of Threat

One of the primary methods of determining whether or not a police officer’s actions constituted an excessive or unjustified use of force is to examine the level of the threat and consider whether the actions taken were not in proportion. A police officer must always begin attempting to deescalate a situation by starting with the least invasive and aggressive options, such as talking, simply being present in uniform, and giving orders.

If these methods do not work after some time, the officer may then proceed to more invasive options, such as physical contact with open hands, weapons, police dogs, and finally lethal force like firearms. An officer who immediately relies on these escalated options may be guilty of excessive force if the situation could have been resolved with simpler methods.

Violation Of The 4th & 8th Amendment 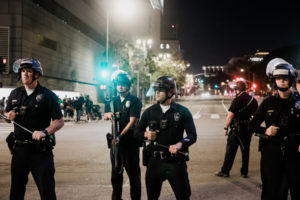 When police use force, they must abide by both the 4th and 8th Amendments. The 4th Amendment allows for reasonable search and seizure; in other words, an officer must first attempt to calmly search a person before resorting to pinning them to the ground or otherwise immobilizing them. Similarly, the officer must abide by the “reasonable” principle of the search; they must have a warrant or an extenuating circumstance.

The 8th Amendment prohibits cruel and unusual punishment. This is typically applied only to individuals convicted of crimes, but the principle still stands; a police officer must treat others humanely, even if they are convicted of wrongdoing.

When Force Is Justified

While officers may opt for the most aggressive option immediately in some situations, this does not necessarily mean that they are using excessive force. Unjustified force is determined by the context, and some scenarios immediately prompt the need for severe or even lethal force. In these situations, the use of such force is justified.

In the landmark Supreme Court case Tennessee v. Garner, the court set the precedent that deadly force may be used to prevent a felon from escaping from officers. However, this stipulation alone is not sufficient to justify lethal actions; simply stopping someone from running does not necessitate or allow deadly force. Thus, an officer may not shoot an unarmed and unthreatening individual simply for running away.

Probable Cause That Subject Is Dangerous

While stopping a fleeing individual, officers who use lethal force must also demonstrate probable cause that the suspect is a dangerous individual who poses a significant threat of bodily harm, either to the officers themselves or to the public. Probable cause may include evidence such as visually noting the suspect carrying a gun or other deadly weapon, or if the suspect is in a position to cause harm to the public by escaping. When both the escape criteria and the probably cause criteria have been met, only then may officers consider the use of lethal force. Neutralizing the suspect in a non-lethal manner must still be the goal if possible.

Talk To A Knowledgeable Attorney 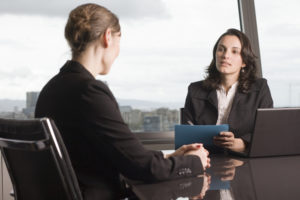 Understanding what qualifies as excessive force by a police officer can be a complex matter. If you or someone you know may have been a victim of police brutality or the unjustified use of force by an officer, it is critical that you reach out to a legal expert as soon as possible. The Brown Firm would be glad to assist you in planning your next steps and determining if excessive force was used. If so, our attorneys can fight to achieve the compensation you deserve and hold the officer accountable for their inappropriate actions.