› Police Excessive Force › What Is Considered The Use Of Deadly Force By Police? 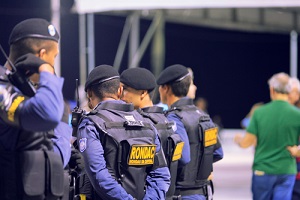 When a police officer is attempting to resolve an encounter with an individual, they are bound by a duty not to resort immediately to aggressive or dangerous methods such as using a gun or taser.

However, sometimes, an officer is permitted to use such items if the situation demands, and understanding the difference between these scenarios is important not only for officers but for the public in order to defend their rights. First, be sure to learn about what constitutes deadly force; then you can learn more about when such force is legal and justified.

The Escalation Of Force In Police Encounters

As mentioned previously, it is mandatory that police officers utilize a gradual escalation in their means of diffusing a situation. It is not permitted for an officer to immediately resort to a taser, for example; instead, the officer must begin with trying to resolve the situation using speech and basic requests.

If this does not work, they are permitted to move on to shouts and light physical contact. As the situation escalates, more options become available, from physically restraining a suspect to using a taser.

However, the very height of police contact with a member of the public is deadly force, and there are specific rules and standards put in place to ensure that this specific type of behavior is only used when absolutely necessary.

Unfortunately, deadly force by police may sometimes still be used when it is not called for, and officers guilty of this behavior may face a lawsuit for wrongful death, police brutality or excessive force.

The term “deadly force” refers to an action by an officer taken against an individual whereby any reasonable person would understand that the use of such force posed a significant and real risk of death or grievous bodily harm. If a police officer shoves an individual in the chest and a pre-existing blood clot becomes dislodged from an artery and travels to the brain, resulting in death, the officer would not be guilty of incorrectly using deadly force because no reasonable person would have expected that a shove to the chest would result in a fatality.

Instead, deadly force most commonly refers to the use of guns during an encounter. Some debate currently exists about whether tasers may constitute deadly force as well, since these devices can deliver an electrical current that has resulted in deaths from time to time.

However, the current understanding is that tasers are not deadly weapons—though they may still be an important piece of the puzzle for excessive force and brutality cases.

When Deadly Force Is Considered Reasonable

Police officers exist to protect and serve the public, but the reality is that some situations do justify the use of deadly force. However, these categories are very narrow. One of the most commonly used is the argument for self-defense; if an officer reasonably believes that they or the public are in immediate and present danger, deadly force is justified in order to protect people. This may occur, for example, if the suspect also has a gun and has made a direct threat of harm against the officer. 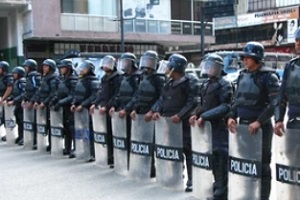 However, some other niche situations also call for deadly force. If such a person as described above, who would reasonably be expected to cause significant harm to the public, is fleeing, deadly force may be used to stop their escape.

Additionally, in some highly specific situations, deadly force may be used to prevent an individual from stealing, sabotaging or otherwise using in an unauthorized manner nuclear materials, such as nuclear weapons and explosive devices.

When an officer is intending to use deadly force, the relevant laws indicate that whenever possible and feasible, a warning should be issued prior to the discharge of the gun. This may appear as a command to halt or a verbal indication that the officer has and is intending to use a firearm.

Work With Professional Attorneys To Protect Your Rights

Whether someone you know or a member of the general public has been a victim of deadly force when it was not justified, it is important that all parties who witnessed the incident seek legal assistance as soon as possible. The attorneys at The Brown Firm understand that police officers are often protected by a difficult concept called qualified immunity that can make bringing a lawsuit against them challenging.

However, a skilled legal professional can help you to understand your rights and what options you have going forward. Reach out to schedule a consultation to discuss your potential strategy and to moderate your expectations about the case.