If you have ever expressed your opinion out loud, you have benefited from the civil liberties and rights granted by the U.S. government. However, even though these rights are granted to you, others can still violate your rights. If you believe that you have been a victim of a civil rights violation, it is important that you reach out for legal advice as soon as possible. You may be owed compensation.

What The Term “Civil Rights” Means 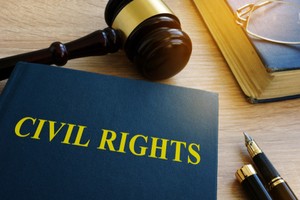 Civil rights and liberties are guarantees of equal social opportunities and protection under the law. However, civil rights are not the same as civil liberties. Civil liberties are designed to limit some of the actions of the government. For example, freedom of speech is a civil liberty because it prevents the government from intervening in a person’s right to speak freely. Civil rights, by contrast, involve the government enforcing legislation to ensure equal treatment for all. A common example of a civil right is the right to not be discriminated against in the workplace. Civil rights protect people on the basis of a variety of characteristics, such as race, disability, sexuality, gender identity or religion.

Most Common Violations Of Your Civil Rights

By having legally recognized civil rights, there is also the opportunity and potential for those rights to be violated. Discrimination in the workplace or school, harassment, housing discrimination, hate crimes, human trafficking and mistreatment by police are some of the most prevalent examples. In fact, police brutality, unlawful detainment and false arrest are among the most common civil rights violations that individuals may face. 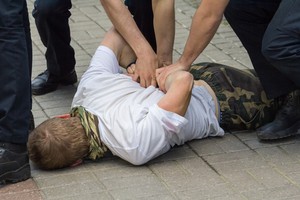 Civil rights violations, such as these involving law enforcement, can take many forms. Unlawful detainment occurs when an individual (such as a police officer) stops someone without probable cause or reasonable suspicion of a crime. Those who have been unlawfully detained are not permitted to leave, even though they have done nothing wrong.

Police brutality, or excessive force, is the use of more violence than is necessary for the situation-for example, a police officer using deadly force when there is not an immediate threat of serious injury or death. Excessive force can also occur after someone is already in custody, and it need not be done with a gun. Even a police baton, taser or a person’s hands can cause injuries that are classified as brutality.

Profiling is when a law enforcement officer suspects someone of committing a crime, but that suspicion is based on targeting a person because of specific characteristics they possess (such as their race) rather than being based upon actual evidence of a crime. Racial profiling is the most well-known example of this, as profiling often occurs in the context of race. However, it can apply to any category of discrimination that is used to guide a law enforcement officers decision to question or arrest someone.

How A Civil Rights Attorney Can Help

If you experience a violation of your civil rights, it’s recommended that you should seek legal assistance. Civil rights attorneys specialize in these situations and can help you through the process of securing justice and even compensation. You may have the option to represent yourself in court, but a lawyer who focuses on civil rights cases will understand how to best advocate on your behalf. As an additional benefit, you may not need to be present at all, so you can maintain your daily responsibilities like work. 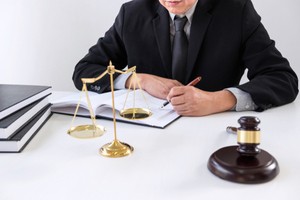 The first step is a consultation, where you will discuss with your attorney whether a court case is viable and, if so, how you should proceed. Then your attorney will work with you to collect evidence to prove what happened to you and build a case. After that, your attorney will represent you in court, arguing on your behalf that you were wronged and seeking damages to compensate you.

Damages for civil rights violations can come in many forms, the most common of which is direct compensation for the loss. If you sustained an injury during the violation and incurred medical bills as a result, you may seek compensation for that expense. Similarly, if you were unlawfully arrested and were fired from your job, you can sue for loss of income or opportunity. You may also be able to seek punitive damages, which are fines charged to the responsible party solely for the purpose of punishment and to discourage the behavior in the future.

The Professionals Can Offer Legal Guidance For Your Civil Rights Violation

If you believe that someone has infringed your civil rights or liberties, do not hesitate to speak with a legal professional. The attorneys at The Brown Firm would be happy to talk you through the next steps. Reach out today to schedule a consultation.