Those who live in America are protected against unreasonable searches and seizures. While most people take this to mean that no one-even a police officer-can just come into your home and take your possessions without cause, the real meaning of this right goes even further. People can be unreasonably seized. If this happens, it may constitute a false arrest. If you have been falsely arrested and are seeking to file a lawsuit, it’s important that you understand some of the more common legal defenses associated with false arrest lawsuits, and how both parties might navigate them.

Did I Experience A False Arrest? 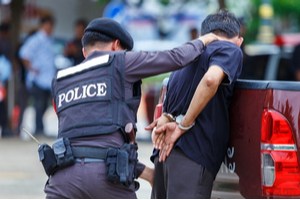 A false arrest is when someone is restrained or taken into custody with no legal justification. It is a violation of an individual’s personal rights (as mentioned above: unreasonable search and seizure), the act of unlawfully arresting someone is a crime. It is usually treated as a misdemeanor, but certain actions taken during the arrest may alter the severity of the charge or increase it to a felony.

If you win your false arrest case, you may be eligible to receive compensation for several types of damages. You may be compensated for any medical bills (past or ongoing) that you incurred as a result of your false arrest. You could also be paid for lost income due to missing work or job loss as a result of the arrest. A judge or jury might also award you monetary compensation in the form of punitive damages, which are damages meant to punish the person or entity that wronged you.

These damages help to bring justice to a plaintiff who was falsely arrested. However, there are several potential legal defenses that may arise from a false arrest lawsuit. You should understand each of them and how your attorney may approach them in your case.

Was The Arrest Privileged? 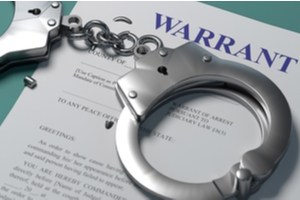 One of the most common legal defenses is privilege. When an arrest is privileged it is legally justified. In other words, there is a valid warrant, court order or other official reason for someone to make an arrest. If an officer makes a privileged arrest, it is not, by definition, a false arrest. However, if you are arrested without legal justification, you can use this to build your case by saying there was no reason for you to be arrested.

Was There Probable Cause?

Conversely, if an officer has arrested someone, having probable cause at the time of the arrest will be a great benefit to the officer’s defense, since it helps to justify that officer’s actions. An officer may make a retroactive attempt to rationalize probable cause, based on what you said or did when arrested-which is why it is best to remain silent and comply with the arrest instead of fighting back, even if you are innocent.

Did The Plaintiff Consent? 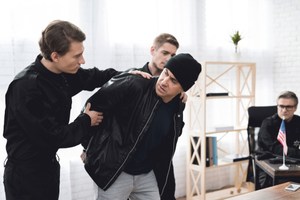 Another common defense is consent. Consenting to your arrest is when you turn yourself in. You’re unable to claim that you were falsely arrested. Both parties were in agreement, and the arrest was legal. If an officer arrests someone and they willingly consent-regardless of whether they committed a crime-it strengthens their side of the case.

Was The Arrest Intentional?

Intent is another defense that is often used in lawsuits of this nature. In order for confinement to be considered a false arrest, it has to have been done on purpose. Accidentally locking someone in a room does not count as a false arrest. If you were falsely arrested, proof that the person who made the arrest had the intention to do so can further legitimize your claim and help you build your legal case. Officers is being accused of false arrests have better chances of success if they can argue that their attempt to arrest you was not intentional.

False arrest lawsuits come with their own fair share of nuance and complexity, which is why it is best to work with a legal professional as soon as possible after the incident takes place. The attorneys at The Brown Firm would be happy to help you build a comprehensive case and fight against difficult defenses that the opposing side may use. Reach out to schedule a consultation to get started or to ask any questions.