› Employment Law › When am I Entitled to Punitive Damages in My Discrimination Case? 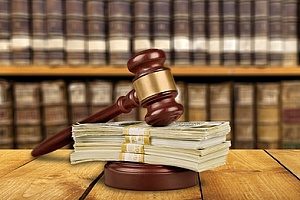 Being discriminated against is a very serious matter. Although discrimination can be considered subjective, it shouldn’t be taken lightly. Now you’re probably asking yourself “When am I entitled to punitive damages in my discrimination case?” That all depends on the whether you’re eligible for a case and the outcome of your case. First, let’s discuss the basics of punitive damages and discrimination as it pertains to legal action, so you can better understand how to proceed.

What is Considered Discrimination?

Dictionary.com defines discrimination as, “…making a distinction in favor of or against, a person or thing based on the group, class, or category to which that person or thing belongs rather than on individual merit.” However, the dictionary definition of discrimination differs from discrimination as it pertains to U.S. law. According to U.S. law, an employer of 15 or more employees is prohibited from firing, choosing not to hire, choosing not to promote, demote, or harass an employee or potential employee. If your employer has committed one or more of these acts, it could be grounds for legal action. Let’s dive deeper.

What are Punitive Damages?

For some, it’s not enough to simply receive monetary compensation for the hurt caused by employer discrimination; for some, it’s important that the employer “learn their lesson” by being punished in some way to ensure that type of discrimination no longer occurs and as payback to the plaintiff. State law varies in terms of punitive damages and awards, so consult an attorney to find out what you could receive based on your state laws.

What Behavior Constitutes as Discrimination?

Because litigation for discrimination didn’t really start gaining ground until the 1960s, during the height of the Civil Rights Movement, many think of discrimination and automatically associate it with race. However, discrimination can be classified in many ways. It’s important to be aware of the different types so that you will know when you or someone you know has been discriminated against.

We will briefly describe the aforementioned discrimination types below. 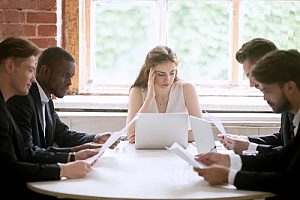 Gender discrimination, also known as sex/sexual discrimination occurs when an employer exhibits differential treatment of an employee (or an individual within the workplace). Examples of this might include a scenario such as a man being bribed for a sexual favor in exchange for a promotion or a woman receiving lesser pay than her male counterpart for the same position. If you feel you or someone you know was discriminated in regards to their gender, you may consider filing a suit for gender discrimination.

If you worry that your age might have been a discriminating factor at your workplace, you may consider filing a suit for age discrimination. Most age discrimination cases involve elders, but anyone of any age could be discriminated against for their age. Knowing this, if you strongly feel your age had a hand in biases against you, you may want to consider legal action.

Did your employer/potential employer discriminate against you based on your disability while company documentation stated a duty to reasonably accommodate you? If so, you should strongly consider legal counsel to determine if it is, in fact, cause for legal action. The Americans with Disabilities Act (1990) was set in place to protect people with disabilities against intentional discrimination. Keep this in mind if you believe you or someone you know was discriminated against based on a disability.

Speak to an Employment Law Attorney 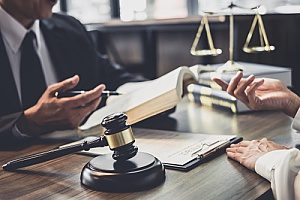 If you think you’ve been discriminated against, know that you’re one of many that is going through the decision-making process of how to proceed legally. To better understand how your case should be handled in your individual state, contact a lawyer you can trust to give you sound advice on how you should proceed.

Need legal advice to determine if you are eligible for punitive damages in your discrimination case? Let an experienced employment law attorney at the Brown Firm help you understand your non-compete agreement rights. Contact us online or call (703) 828-0900 to get started.