Home » Police Excessive Force » Can A Police Officer Detain You Without Legally Arresting You?

If you have found yourself in an interaction with a police officer in which you did not feel that you could leave, you may have wondered if the officer’s actions were a violation of your rights. It can be difficult to discern what’s unreasonable from what actually constitutes an arrest, police detainment or lawful stop.

You have the right to protection against unreasonable searches and seizures-including seizure of yourself, as in the case of unlawful detainment. However, it is possible for an officer to detain you without arresting you. Here is what you need to know.

Detainment is when you are stopped by a police officer and are not under arrest, but also not free to leave. A detainment is meant to be as brief as the officer can make it and conducted in the least possible invasive manner. Though you are not allowed to go during the process, it should only last a few minutes, after which you may continue to go about your business. 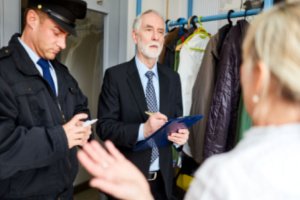 The purpose of a detainment is generally for an officer to stop someone and ask them questions, hence the fact that such events are also called investigatory stops. They are meant to allow police to obtain relevant information from you about some criminal activity, whether that be your own or someone else’s.

When Can An Officer Legally Detain You?

There are numerous situations which might lead to you being detained. The most common reasons for someone to be detained are minor crimes like traffic violations. If you get pulled over for speeding, running a red light or breaking some other rule of the road, the time period during which you pull over and talk to the officer is considered detainment. You are not permitted to leave until the officer’s business is concluded.

Police might also detain you if you are acting suspicious, in order to question you about your activity or perhaps even pat you down. You may also be detained if a police officer thinks you could have helpful information about something illegal that is going on. 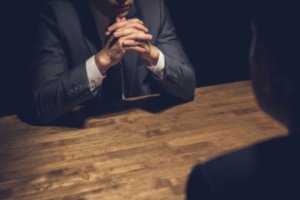 Essentially, since detainments are far less restrictive and invasive than arrests, police are afforded a little more freedom of who they may detain and for what reasons. However, detainment may still be unlawful, and it is critical that an officer detain you only for the amount of time necessary and no more. Failure to let you leave after an extended period of time may be a violation of your rights.

A police officer is allowed to detain you if they have reasonable suspicion. This is a situation in which they can reasonably presume that a crime is, was or will soon be committed. This suspicion is founded on the officer’s educated assessment of the circumstances and the facts they know. If you have been unlawfully detained, this is one of the most difficult elements to fight in court.

Does A Detainment Count as an Arrest?

Detainment and arrest are two different acts. Detainment involves much less restriction than an arrest, and as a consequence, it is much easier for an officer to carry out. While detainment requires only reasonable suspicion, an officer needs to have probable cause, a higher level of suspicion, in order to arrest someone. 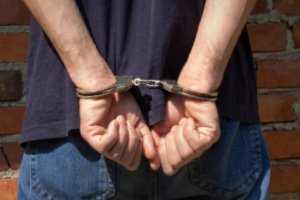 However, though a detainment does not count as an arrest, it can turn into one. If, for example, you attempt to leave while you are detained, an officer can place you under arrest. If you are being questioned while detained and your answers give the officer probable cause to arrest you, they may do so.

A detainment can also become an arrest if its boundaries are overstepped-such as if force or physical restraint was used or the detainment lasted a long time or if the person arrested reasonably believes they have been arrested. Thus, it is recommended that you avoid resisting, even if you believe that you are innocent.

Trust the Legal Professionals to Help You Defend Your Rights

Police detainment can be a stressful event, as can an arrest that arises out of a detainment. If you believe that your rights were violated, it is important that you reach out to a legal professional for help as soon as possible after the incident.

The attorneys at The Brown Firm would be happy to help you understand your options and pursue a case if necessary. Reach out to learn more or to schedule a consultation to get started.