› Police Excessive Force › Can You Sue The Police For A False Arrest?

Law enforcement officers hold significant power over the general public, and they may detain or arrest people at their own discretion. However, restrictions such as the need for sufficient evidence and reasonable justification are what prevent legal authorities from exerting their power whenever and wherever they feel like it. The police must go through proper protocols in order to place someone under arrest. If you or someone you know believes that they were falsely arrested, legal professionals can help to recover damages and defend the victim’s rights. In order to understand how to proceed with a claim of false arrest, you must make sure that you know what constitutes a false arrest in the first place.

What Does False Arrest Mean?

When police or other law enforcement officials do not have sufficient evidence or legal justification for arresting or detaining you, that means that a false arrest has occurred. Some examples of acts that step outside of legal authority are the use of excessive force, evidence of injuries or wrongdoing from the arrest and even the act of stopping you from using your individual rights. 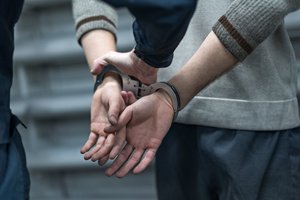 The reason that these behaviors are problematic is because officers are not properly following the laws. They must be able to demonstrate through evidence or reasonable suspicion that you were involved in a crime, or they must produce a warrant. Failure to do so is a violation of your individual right to due process.

If you are a victim of false arrest, you have the right to pursue legal action against law enforcement, local police authorities, individual police officers, and other third parties that were involved in your unlawful arrest. It is best to attempt this with the help of an attorney who has experience overcoming qualified immunity, which protects many public servants as they do their jobs.

Can You Sue the Police for False Arrest?

Any victim of false arrest has the right to sue the police for the incident. Some forms of recourse that are available to you after the event has occurred include: 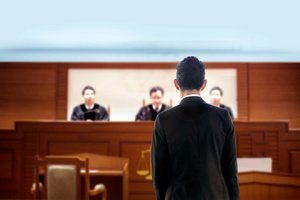 Any of these legal actions-from filing a complaint to the local police department to bringing a lawsuit in court-can result in several punishments for the officer, which can include suspension, retraining, criminal charges and more. Filing a proposal to suppress evidence is particularly critical; this means that any incriminating evidence that was discovered during your false arrest cannot be used because the arrest did not comply with the proper protocols.

What a Lawsuit Can Help You Achieve

If you are a victim of false arrest, you have the right to file a lawsuit, and you may be eager to do so in order to achieve a sense of justice against the person who wronged you. Typically, the main basis of suing for false arrest is to get monetary compensation for things like damaged reputation, injuries, medical bills, lost employment, lost earnings and more.

An arrest can have a dramatic impact on your life, whether it was justified or not. An attorney can assist you in recovering damages from both the financial and non-economic consequences of the arrest, including: 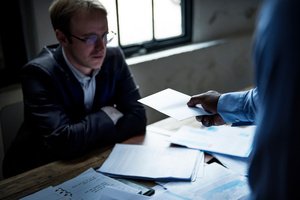 In cases of punitive damages, fines against the offending party are granted at the court’s discretion if they find the defendant’s behavior and actions to be incredibly harmful, negligent or abusive. The victim does not see any of this money; it exists only as a form of penalty.

What About Qualified Immunity?

Being falsely arrested is stressful, but filing a lawsuit to defend your rights and seek compensation does not have to be. The attorneys at The Brown Firm would be happy to help you pursue justice in your false arrest case. Reach out to learn more or to schedule a consultation to get started.