› Civil Rights › How Does The Constitution Limit Individual Rights? 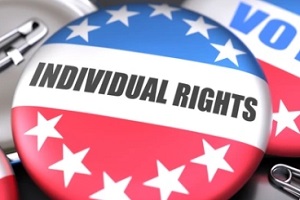 The United States is a country built on freedom. Many laws, such as the amendments to the Constitution, provide individual citizens with freedoms such as speech, assembly, and the right to bear arms. Though we enjoy certain liberties, there are scenarios in which our rights are limited by the Constitution. This may seem to oppose the American ideal, but in reality, it is a necessary part of ensuring that everyday life is safe and regulated.

If every human being enjoys unlimited individual rights, there is a chance that one individual will exercise a right that either takes away from someone else’s freedoms or endangers someone else. In these scenarios, the government limits individual rights for the sake of the common good. Understanding the scenarios in which your rights might be restricted for the greater good is an important part of safeguarding your own liberties and seeking action when they have been violated.

The Constitution grants many of the individual rights that Americans hold. These rights can be taken away in order to ensure the protection of other people. It may be unpleasant to think that our rights have limits, but our inherent human rights will never be restricted, and individual rights are only limited to protect the community.

The Bill Of Rights

The Bill of Rights, which lays out the first ten amendments to the US Constitution, delineates the individual rights that American citizens hold. The first and second amendments declare the most well-known rights: speech, press, assembly, religion, and the right to bear arms. American citizens hold other rights as well, such as protections against unreasonable search and seizure, the right to a trial by jury, and protection against cruel and unusual punishment. The ninth amendment allows for expansions of our rights by granting other freedoms that may not be specifically stated in the Bill of Rights.

Which Rights Are Limited?

The protections of the Bill of Rights are limited in any case where using the right causes harm to another person. For example, the protections given in the First Amendment concerning freedom of expression are limited in cases where free expression violates moral values or spreads hatred or violence. Any speech that is, for example, used to incite a riot is not protected by this amendment. The First Amendment also grants the freedom of religion, except in cases where practicing that religion endangers the public. 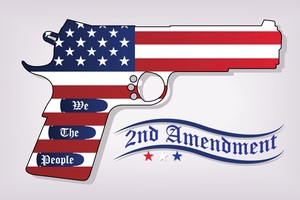 The ninth amendment, as previously stated, grants other nonspecific rights. Over time, the Supreme Court has interpreted this amendment to add the right to privacy, but even this right has limits. It applies to our personal space but not public spaces. In these spaces, traffic cameras and cell phones make it almost impossible to enforce privacy. We must, then, surrender our right to privacy in public spaces.

The government only limits our rights in particular scenarios. These primarily include instances in which exercising the right causes harm to others. It also can include instances where the right is almost impossible to protect, like our right to privacy when in public spaces.

Trust A Legal Professional To Help You Understand Your Rights

As citizens of the United States, Americans enjoy many freedoms. These extend beyond basic human rights to those granted by the Constitution. These freedoms allow for protections like speech, religion, the right to bear arms, and trial by jury. But they are not unlimited. In order to protect individuals and the community, sometimes the government reserves the ability to take these rights away.

However, many actors can illegally infringe upon someone’s rights, and the legal system is available to pursue justice or damages in these instances. The attorneys at The Brown Firm would be happy to help you understand your own rights and whether they have been violated so that you can seek compensation if necessary. Reach out to learn more or to schedule a consultation.