› Civil Rights › Can An Individual Violate My First Amendment Rights? 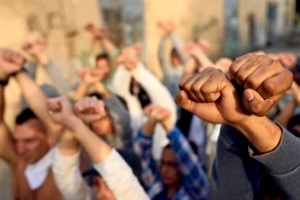 Among the many rights that all individuals in the United States are granted, few are as often mentioned or known as those conferred by the First Amendment. This introductory section of the Bill of Rights grants a variety of freedoms to US persons, whether citizens or not, and many are put into situations every day in which they wonder whether these precious rights have been violated.

One common question is whether an individual’s rights can be violated by another person and, if so, what the legal consequences could be.

The First Amendment Rights Granted To All

The First Amendment provides a variety of rights that were added to the Constitution after it was signed. While some of these freedoms, such as the ability to petition the government and to assemble freely, are included in the First Amendment, the most commonly known are the freedoms of speech and religion.

Freedom of speech means that the government may not impede your speech, and it similarly cannot restrict you from hearing the words of others. Freedom of religion grants you the right to practice any religion you choose or no religion at all; you are not required to adhere to any specific religion, either mandated by the government or not.

Can An Individual Commit A First Amendment Violation?

The short answer to the question of whether an individual can violate your First Amendment rights is no. The First Amendment speaks directly to the government’s role in your freedoms; it does not govern how individual people interact. Thus, a person who is standing on someone’s front lawn and giving a speech may be told to stop without violating that person’s right to free speech, because this right does not apply in this situation on private property.

Because the First Amendment applies to government oversight and action, private individuals are permitted to behave differently and may place rules or restrictions on your ability to freely speak and so on. For example, if you are in a public location but are trying to incite a riot or cause harm using your speech, your First Amendment right to free speech may be restricted so that you do not impact the safety and wellbeing of others.

Similarly, private companies like social media are permitted to create their own rules and standards for what sort of speech and behavior is acceptable; your right to free speech is not being violated if your account was removed on a website for violating its terms of service.

Exceptions Based On Government Conspiracy Or State Action 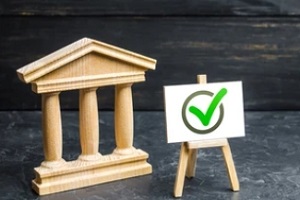 There are some limited situations in which an individual is technically liable for First Amendment violations. First, if you can prove that a single person is acting in conspiracy with the government to restrict a person’s rights, you may have a case. Additionally, some states have created their own, more stringent protections of people’s rights, and in these situations, your protections for free speech, religious practice and more may be more comprehensive than what is offered in the Bill of Rights.

For example, in New Jersey, the Supreme Court has determined that a person’s right to exercise their free speech extends even to some types of private property, such as shopping malls. While this is not typically the case, it is possible depending on where the alleged violation occurred. If you suspect that you or someone that you know has been a victim of a First Amendment violation, you may have a case; it is important that you speak with a skilled legal professional who can help you to understand what to do next.

Defending your ability to exercise your rights freely is important; if you believe that this right has been violated, reach out for legal counsel as soon as possible after the incident. The attorneys at The Brown Firm would be happy to examine the details of the situation and let you know if you have a case that may be pursued legally. Reach out to schedule a consultation and share the events that occurred so that you can proceed appropriately.