› Litigation › How To File An Unlawful Detention Lawsuit

Civil rights and individual rights are closely connected in the sense that they both involve the protection of human dignity and freedom. Many parts of the Constitution, as well as most of the Bill of Rights, involve passages that firmly support both civil and individual rights. One of these rights is the freedom from unreasonable search and seizure, granted in the Fourth Amendment. What most people do not realize is that it is entirely possible for a person to be unlawfully seized as well, and this can constitute unlawful detention. If you believe that you have been unlawfully detained, here is what you need to know.

What Is Unlawful Detention?

Unlawful detention occurs when an individual is unlawfully prevented from leaving a scene, thus infringing on both individual and civil rights by violating their Fourth Amendment guarantees. There are certain criteria that must be met for unlawful detention to occur: 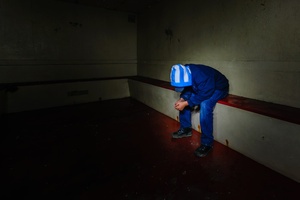 Without the presence of these elements, cases may not stand up to legal scrutiny in a courtroom. There are many situations that may seem unfair and inconvenient but do not qualify as unlawful detention.

What Does Not Qualify as Unlawful Detention? 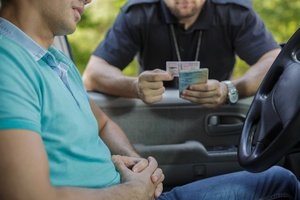 At first glance, some troublesome circumstances may appear to be cases of unlawful detention. However, if the criteria above are not met, then those cases typically do not qualify for legal action based on a rights violation. Instances like this can occur, for example, when consent is given but then later withdrawn, such as if someone gets tired of waiting and changes their mind. Since the individual has already previously given consent to undergo detention, then it is not unlawful.

Further instances, which can be accidental, may match most of the criteria but still do not count as unlawful detention due to their contextual nature. If one person accidentally breaks an elevator door and everyone inside must wait for a repair technician, the person who did the breaking is not unlawfully detaining the others-even though they are being forced to stay in one place without their consent.

Why You Should Bring a Lawsuit

Unlawful detention infringes on an individual’s civil rights (particularly the Fourth Amendment), and thus it is within the authority of the individual to file a lawsuit. Unlawful detention typically occurs when the government or police forces abuse their authority, but this does not mean that you cannot recover monetary damages from these sources, even though they are often publicly funded.

If you can demonstrate that you suffered harm as a result of the detention, you may be able to recover compensation for those damages. For example, if you were late to work and lost your job, the court may see fit to replace some or all of your income for a period of time.

How to File an Unlawful Detention Lawsuit 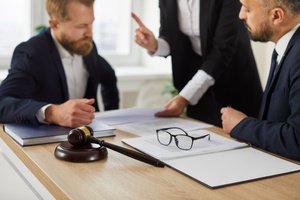 The process of filing an unlawful detention lawsuit is simple, but success is much more complex and benefits from legal advice. First, it is imperative that the situation you experienced was indeed an unlawful detention and not anything else. To do that, remember the criteria mentioned above, and speak with a legal professional.

Typically, before you consider going to court, you must consult with the legal representatives you have in mind. They can help you put together the proper paperwork and build a case. They will also represent you in the courtroom if the case does not settle before then.

The next steps involve a trial process, the verdict, and a potential appeal-all of which require more actions on the lawyer’s side. They can manage these elements for you while you focus on getting your affairs back in order after the detention.

Trust the Legal Professionals to Help You Seek Justice

Unlawful detention is just one of a number of ways that your rights can be violated, but the good news is that you have options to recover compensation. The professionals at The Brown Firm would be happy to help you understand your options and prepare for an unlawful detention lawsuit. Reach out to learn more or to schedule a consultation to get started.