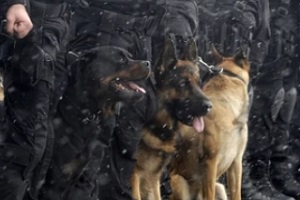 When people think of the police force, they tend to think of the primarily human component. However, canines are a significant part of how the police choose to respond to certain types of events, and they are specifically trained for their jobs. Some are capable of tracking and identifying drugs or other items, and others receive special and consistent training to stop fleeing suspects.

However, the powerful bite forces and severe or even life-threatening injuries that police dogs (often referred to as K-9 units) can cause has sparked a discussion about whether the use of these animals by police may constitute excessive force. If you have been bitten by a police dog, you may wonder if you have a case.

What Is Excessive Force By The Police?

Excessive force is a general term for the practice of using more force than is necessary to resolve a situation when police are involved. Police are required to use the minimum viable force; their approach should begin with talking to the suspect and evolve from there.

Officers who immediately resort to physical aggression or cause injury before attempting less severe approaches, or those who fail to identify the correct level of force necessary in an encounter, may be liable for excessive force. However, an excessive force charge is not limited only to the police’s interaction with an individual; the use of K-9 units is included in an officer’s behavior, which means that it is important to consider whether the deployment of a K-9 unit was necessary or whether it qualified as excessive force.

Statistics On K-9 Use In Police Encounters

K-9s have been a consistent part of the police force for many years, and for good reason. They are often faster than their human counterparts and can help to keep human officers distant from a potentially dangerous individual until that person has been subdued.

However, they also pose a significant risk of harm; between 2005 and 2013, more than 30,000 people had been admitted to an emergency room specifically to address bites from K-9 police units, with black individuals making up 42% of that figure.

When it comes to non-lethal force from an officer, K-9 bites are responsible for more trips to the hospital than any other form of contact, such as use of a baton or taser. Two-thirds of all bite victims end up in the hospital.

Among police K-9 units, the Belgian Malinois is the most common breed due to its impressive speed, hardy physique and powerful bite. In fact, with a bite force of almost 200 pounds per square inch, the Malinois can break bones with its bite.

Cities across America regularly utilize these powerful animals, with Indianapolis K-9 units biting nearly every five days. Deaths have resulted from the use of K-9s, such as in an Alabama case in which a police dog severed an artery in a man’s leg, causing him to bleed to death.

The overarching framework for when a canine unit can be released varies across cities and states; however, the majority opinion is that simple refusal to surrender is not, on its own, a sufficient justification for the release of a K-9.

Is The Use Of A Police Dog Excessive? 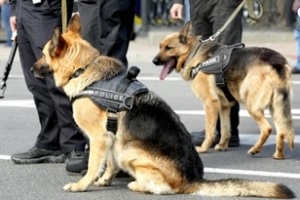 The general answer to “Is the use of a police dog considered excessive force?” is “It can be.” As with any other type of police interaction, the officers have a duty to begin the engagement with the least force possible. Utilizing a police dog when it is not called for can result in a charge of excessive force.

However, the use of a K-9 unit in and of itself is not excessive force on its own; police dogs are regularly used to safely subdue individuals who are a danger to officers and the public.

In order to determine whether your particular case of K-9 engagement qualified as excessive force, it is best to speak with a legal representative who can help you to evaluate whether officers fully exhausted all other options first.

If you have been bitten by a police dog and would like to pursue legal action against the police for excessive force, it is important that you document the event as soon as possible. Compile medical bills and reports as well as any information you can remember from the event itself, such as the officer’s name or badge number.

The attorneys at The Brown Firm can help you to understand whether you have a case and advocate on your behalf in court. Reach out to schedule an appointment to discuss your options.