› Criminal Defense › What Is A Retaliatory Arrest? 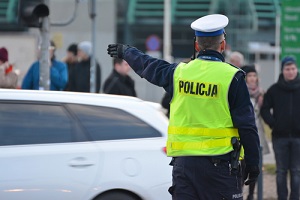 Police officers have many roles, from keeping the public safe from those who would harm them to ensuring that people abide by the many state and federal laws that all citizens are subject to. However, a law enforcement officer may occasionally make a bad decision, which could lead to an arrest that is unwarranted; retaliatory arrests are one such behavior.

If you have been arrested in retaliation for something that you said, you may be a victim with a case. However, proving retaliatory arrest can be exceptionally difficult, which is why you should speak with a legal professional as soon as possible after the incident.

A retaliatory arrest refers to an incident in which a police officer arrests an individual for exercising their right to free speech. To be clear, free speech protects an individual’s ability to voice their own opinions and beliefs, because this democratic discourse is vital to what makes the United States a free and diverse country.

However, free speech does not mean that an individual can say whatever they want; harassment, inciting violence and other acts committed through speech still place officers in a position to make an arrest.

Thus, retaliatory arrest refers only to instances in which an individual was correctly exercising their rights and was arrested anyway, generally because the officer personally disagrees or is upset with what is being said. This may occur, for example, if a member of the public uses a town hall to speak up against actions made by the local police department.

The Role Of Probable Cause In Retaliatory Arrests

Cases of retaliatory arrest can be unexpectedly challenging to bring against an officer or police department, largely because they can quickly devolve into “he said, she said” situations in which the courts have historically favored the police officers. The US Supreme Court explained as recently as 2019 in Nieves v. Bartlett that probable cause will typically outcompete a claim of retaliatory arrest. 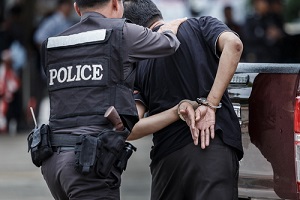 In other words, if an officer can provide evidence indicating that the arrested individual appeared to be committing a crime or was engaged in acts that would lead to criminal activity or public danger, these claims will generally overrule a claim of retaliatory arrest. Officers can usually claim probable cause by saying that a person exercising their right to free speech was becoming belligerent or aggressive.

How To Establish A Solid Case

Because cases of retaliatory arrest almost always rely on the verbal accounts of the incident as expressed by each side, it can be very challenging to successfully bring a case against law enforcement. Thus, working with a legal professional who has experience in the area of civil rights violations is a wise idea. One of the best ways of establishing a strong case of retaliatory arrest is to demonstrate a consistent pattern of retaliation.

This can be achieved in multiple ways; for some individuals, police have engaged in numerous acts that have impacted their life before the time of their arrest. Some have reported being subject to an unusual number of traffic stops after exercising their right to free speech, after which they were arrested when speaking next.

If a law enforcement officer can be shown to have engaged in a pattern of arrest resulting from free speech, even if this pattern is not limited to a single individual, then each individual also has an improved chance of bringing a case. This “plan of retaliation” may be demonstrable through a compilation of similar cases relating to a specific police officer or their local department.

A civil rights attorney can assist you in bringing such a case and collecting the evidence that would be required to demonstrate a consistent pattern of retaliation based upon the exception created in the 2018 case Lozman v. Riviera Beach, Florida. 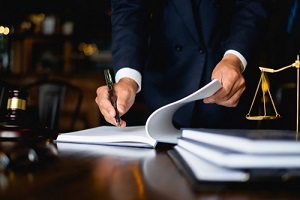 If you believe that you have been subject to an unlawful, retaliatory arrest as a result of exercising your First Amendment right to free speech and expression, it is important that you reach out for legal counsel as soon as possible after the event, while the details of the incident are still fresh.

Document as much as you can remember, but be sure to include only the facts that you are sure of; do not embellish, as this will weaken your case and indicate to the court that your testimony is not credible. The Brown Firm would be happy to assist you in compiling a case and establishing a pattern of retaliation. Reach out to schedule a consultation with a civil rights attorney today.