› Police Excessive Force › Can A Police Officer Retaliate Against A Police Misconduct Report? 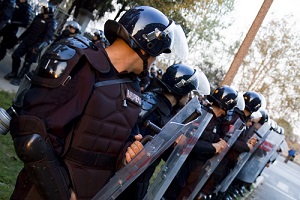 Any time that an interaction between a member of the public and a police officer does not follow the conventional idea of what an interaction with law enforcement should look like, individuals commonly become concerned that their rights were violated. Sometimes, this is true, depending upon how the officer treated you and how he or she behaved.

In order to understand what might happen after you file a complaint, you must first understand what qualifies as police misconduct and whether you can file a report at all. Police misconduct is the term used to describe instances in which an officer breaches his or her duty and deprives an individual of the rights granted to them by the Constitution or the laws of the United States.

This may take many forms, from using excessive force during a traffic stop to discrimination, such as treating a person differently based on protected factors like age, race or religion. The scope of misconduct is broad, but it all centers around the deprivation of rights during the interaction. These are the types of incidents that can create the need for a report for police misconduct.

Other types of interactions that can result in misconduct include engagements of a sexual nature without consent, harassment, use of racial slurs, false arrests, unlawful searches and forced confessions.

It is important to remember that misconduct is not necessarily limited only to a single officer; the Department of Justice advises that if a law enforcement agency refuses to respond to complaints that it has received about the discriminatory behavior of the officers who are employed there, that behavior by itself is also misconduct. This field is broad and varied, which is why it is important to seek legal advice if you believe that you have been mistreated at the hands of the police.

If you believe that your situation qualifies for misconduct, it is best to speak to a legal representative before you file a report. This professional can help you to determine whether you truly experienced misconduct, as well as when you should file the report; sometimes, waiting for a little while after the incident is the wisest choice.

When you are ready to file the report, the most common process is to submit it via mail or fax to the appropriate agency, which is typically the state police. Your legal counsel can help you to draft the report and ensure that you have included all of the necessary information.

Remember, police misconduct reports are generally civil affairs, which means that you will not be attending criminal court. Instead, the affected law enforcement agency is usually responsible for handling the complaint.

Can A Police Officer Retaliate Against A Misconduct Report? 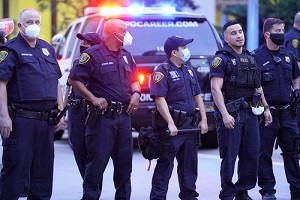 The short answer to “can an officer retaliate against a misconduct report” is yes, in the sense that an individual officer can make individual choices. While the Department of Justice clearly stipulates that retaliation by a member of law enforcement as a result of reporting is in itself misconduct, this does not prevent the individual decisions made by officers to react to the report.

Anecdotal evidence of retaliation against misconduct reports appears in the form of continued engagement by the officer; some individuals have reported being pulled over more frequently or having their property more frequently examined by officers after making a complaint. However, retaliation is not common, and it is still in both your and the community’s best interests to file a misconduct report after an incident with an officer.

Work With A Legal Professional For The Best Results

If you suspect that the behavior of a police officer qualifies as misconduct, the first step should be to document as much as you remember. Write down every detail that you can recall before your memory starts to fade, but be cautious and avoid conjecture or filling in the blanks if you can no longer remember specific details.

Then, reach out for legal assistance from a civil rights attorney. The attorneys at The Brown Firm would be happy to help you navigate the process of filing a police report for misconduct. Call or email today to schedule a consultation with a civil rights professional and get assistance with your case.