› Civil Rights › What Type Of Attorney Do I Need To Sue A Police Department? 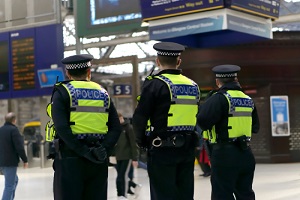 An individual is eligible to sue the police if their civil rights have been violated by an officer.

When police misconduct occurs, it is important to ensure that law enforcement is held accountable for their actions.

While winning lawsuits against police officers is difficult, it is not impossible.

Who Can Sue The Police Department?

Police misconduct can present itself in various forms. A person can successfully sue the police for harassment if they are able to provide evidence proving that an officer either illegally spied, racially profiled or made discriminatory remarks against that person.

A person can also sue the police for violating their Fourth Amendment rights, which protects them from illegal searches and seizures. Lastly, a person who was a victim of excessive force is able to sue the police.

In any lawsuit against the police, extensive evidence must be presented in order to win, as police officers and departments can be notoriously challenging to overcome in court. However, with the right attorney by your side, your case will have a much higher chance of success.

What Can They Sue The Police Department For?

An individual who has a case against a police officer can win various damages in a lawsuit depending upon the details of the case.

A person can sue for economic damages if they believe that police misconduct cost them financially; lost wages can be awarded to compensate the victim if the incident caused them to lose employment time, either in the past or via lost future opportunities as a result of the police violation. 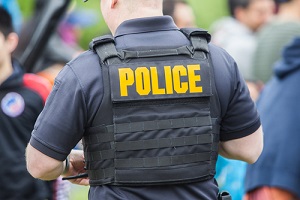 Additionally, medical costs can be awarded if the victim incurred injuries that were treated by a medical professional.

If a person has been mentally and emotionally distressed as a result of the encounter, then damages on the basis of mental and emotional distress can be awarded.

Likewise, further suffering as a result from injuries on behalf of police that fall beyond medical costs can be awarded on the basis of pain and suffering as well as loss of enjoyment of life.

Punitive damages are used to punish the offending officer and department and encourage future reform within the department to ensure that the misconduct does not occur again. The amount awarded in punitive damages depends on the severity of the offense.

How Qualified Immunity Impacts The Case

Qualified immunity shields police officers from liability and personal responsibility unless there is a “clearly established” law stating their misconduct is not protected under the law.

Unfortunately, this means that unless a previous court stated that the actions the police officer took were illegal, then the officer is protected under qualified immunity.

How An Attorney Can Help And Which Attorney To Choose

Having the right attorney during a lawsuit against the police is vital. Although lawsuits against police can be difficult, when they lose, they can be forced to pay millions of dollars in certain settlements. 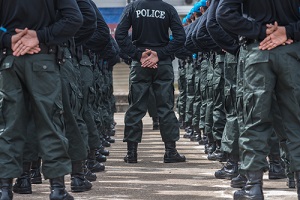 In 2018, the NYPD cost New York $230 million alone. In 2018, a Chicago man was awarded $17 million after being wrongfully imprisoned for over 20 years; the detective who charged the man was alleged to have fabricated the case.

After having his leg broken in 2015, NBA player Thabo Sefolosha won $4.5 million after he sued the police for brutality.

By having the right attorney, the victim can ensure that their case is in good hands. Police lawsuits are difficult, but specifically seeking the assistance of an experienced criminal attorney can make the process much easier.

From organizing evidence to presenting the case to a judge, an experienced criminal attorney like those at The Brown Firm PLLC will ensure that their client’s case achieves the best outcome possible. Reach out to schedule a consultation with The Brown Firm PLLC today.