› Civil Rights › Can I Sue The Police For Using A Taser Or Stun Gun? 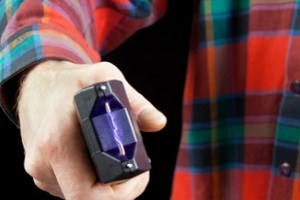 Two of the many tools that law enforcement officers keep at their disposal are stun guns and tasers. While these are generally categorized among non-lethal weaponry, both of these items have the potential to cause serious injury or even death. If you have been subjected to the use of a taser or stun gun during an interaction with a police officer, you may be confused about whether you can file a lawsuit in response.

Your next steps in the legal process will depend on a variety of factors, including how the taser was used, whether its use qualified as brutality or excessive force and more. A civil rights attorney can help you to understand your options after you have suffered from the use of a taser or stun gun.

The Difference Between Stun Guns And Tasers

Although the two terms are often used interchangeably, tasers and stun guns are not the same thing. A stun gun is a handheld device that typically features two small metal prongs attached to one side. Between these two prongs passes an electrical current.

If an officer wants to use a stun gun on an individual, he or she will need to be within arm’s reach in order to place the electrical current between the prongs in contact with the skin or body of the person being subdued.

Conversely, tasers can be used from a greater range. A taser is meant to shoot two barbs that stick into the skin. These barbs, which are connected to thin, flexible wires, deliver a shock from the handheld device that is carried across the wires. Regardless of which type of electric delivery device you have experienced, you may have the opportunity to file a lawsuit regarding its use depending on the details of the incident.

Can Stun Guns And Tasers Qualify As Excessive Force? 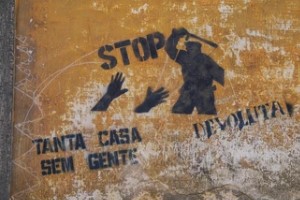 Both tasers and stun guns have their time and place for use, and utilizing them outside of these stringent parameters may qualify as excessive force. If an officer had options to de-escalate or resolve the situation that were less aggressive or physically harmful than a taser but opted to use one anyway, that is an example of excessive force.

However, not all instances of taser or stun gun use are excessive; officers who have exhausted all other prior options, or who are dealing with an individual who is a danger to them or the public and is fleeing may be justified in using these devices to bring the situation to a resolution safely.

Can I Sue The Police For Using A Taser?

The short answer is yes, it is possible to sue the police for using a taser or stun gun. Whether your case is successful will depend upon the details. An attorney can advise you on how likely your case is to succeed, how to collect evidence and what to do to overcome police officers’ qualified immunity, which protects them from facing consequences for many of their on-the-job actions.

Factors That Improve The Odds Of Success

While having a taser or stun gun used against you unjustly can happen, and you may see success in filing a lawsuit to protect your rights, certain factors improve your odds of a favorable outcome and make the case against the officer more comprehensive and clear. The barbs associated with taser use are built so that they stick firmly in the skin; they are not meant to be easily removable. 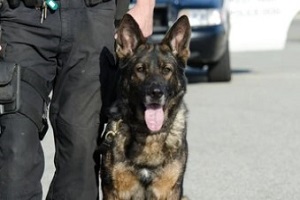 Similarly, just as with the use of police K-9 units, officers are typically required to announce their intention to use a taser. If an officer did not announce to you that a taser was going to be used, your rights may have been violated, and this fact is important to bring up during the collection of evidence.

Filing a lawsuit against a police officer can be a challenge, from overcoming their qualified immunity to demonstrating that the use of a taser or stun gun was not justified. The attorneys at The Brown Firm PLLC are experienced in bringing lawsuits for police taser injury.

Reach out to schedule a consultation to discuss the details of your case and determine whether your situation qualifies for a lawsuit. If so, The Brown Firm PLLC can guide you through the process so that you can focus on recovery after the incident.