› Criminal Defense › What To Consider During A Police Taser Lawsuit 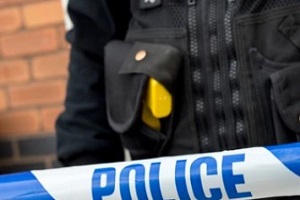 The police are equipped with a variety of tools that they may use at their discretion to end interactions safely and quickly. However, they are also required to proceed carefully and use the least invasive and aggressive means possible first before resorting to more potentially damaging methods. If you have been the victim of a taser used by a police officer, you may be wondering if you have the right to sue and how to do so. The reality is that while you may have a case for a lawsuit against police for issues such as excessive force due to taser use, filing a suit may be challenging, and you should consider the following points when evaluating the case you are trying to build.

Determining The Type Of Case You Will Bring

One of the very first things you will need to decide when filing a lawsuit against the police for using a taser is whether you will bring a civil lawsuit, a criminal lawsuit or both. In general, a civil case is the more common selection, as it brings with it the potential to receive compensation for any injuries that you have suffered, both physically and otherwise.

If you elect to bring a criminal lawsuit as well, it will occur as a separate process from the civil suit; both will typically occur simultaneously but in different courtrooms and with different parties or judges involved.

An attorney can advise you about which case(s) to bring and help you to understand whether the legal process and fees associated with filing may be worth the effort and odds of success.

The Power Of Police Immunity

One of the biggest challenges faced by those filing a lawsuit against police is their ability to rely on qualified immunity. This principle dictates that law enforcement officers are generally protected while taking actions as part of their job with the understanding that they will be making split-second decisions. Immunity can protect officers if they can demonstrate why they did what they did and that another officer in their position may also have arrived at the same conclusion.

This means that you may find it challenging to file a lawsuit at all, and you may need to take additional steps to qualify for a suit. However, an attorney familiar with excessive force, police brutality and other similar cases can advise you on how to do this and what has worked in the past.

Other Considerations For Further Damages 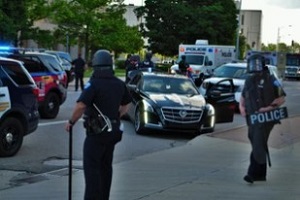 Part of compiling a case is developing a body of evidence in order to demonstrate that you should be compensated. In issues of police taser use specifically, one thing that is important to note is how the taser barbs were removed.

Most tasers work by shooting sharp barbs into the body, by which electrical currents can be delivered to the muscles to render an individual unable to properly move.These barbs are designed in such a way that they will remain in the skin, and as such, they should only be removed by a qualified medical professional.

If a police officer pulled the barbs out of you or removed them without medical consultation, you may have a case. However, even if the officers did not remove the barbs, the use of a taser when it was not required or failure to announce that a taser would be used, among other potential issues, may also support the possibility of a lawsuit.

The Amount Of Evidence At Hand

When you are considering whether to file a suit, be sure to take a moment to consider how much evidence you have. The more evidence, the better; this is why it is important that you write down as much as you can remember as soon after the incident as possible.

If you can remember the words spoken at the scene, the officer’s name or their badge number, you can begin to create a more robust case. An attorney can help you to parse what information is needed in order to file and help you locate or confirm these details.

If you have been the victim of a police taser, you may be eligible to file a lawsuit for excessive force or police brutality to recover damages. These may come in the form of money to pay medical bills associated with injuries caused by the taser, lost income as you recover and more.

The attorneys at The Brown Firm PLLC would be happy to help you understand your options, whether you have a case and how to proceed. Reach out to schedule a consultation today.