› Employment Law › What Does it Mean to Be An “At-Will” State? 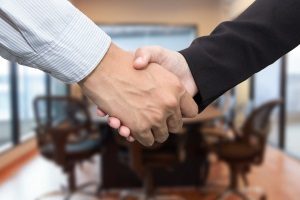 At-will employment is a term used in US labor laws for contractual relationships in which an employee can be dismissed by an employer for any reason without having to establish just cause or provide warning. While the employer does not have to provide reasoning for the termination, this does exclude firings that are considered wrongful. Wrongful termination is being fired for reasons of race, religion, sex, disability, etc.

The employee’s acknowledgment of being hired at-will negates them from being able to claim for loss resulting from the dismissal. This rule is seen as justified because the employee is allowed to leave their job without reason or warning. The exception to at-will employment is if a contract is signed that outlines specific reasons the employee can be fired for. In this case, those are the only reasons the employee can be fired. If you have any questions about your termination, reach out to an employment law defense attorney to go over the details of your potential case.

At-will employment became the default rule under the common law of the employment contract in most states during the 19th century. It was later endorsed by the US Supreme Court during the Lochner era when members of the US judiciary were actively trying to prevent government regulation of labor markets. In the 20th century, many states added exceptions and changed the default expectations in the employment contract altogether. In workplaces with a trade union recognized for the purposes of collective bargaining, “just cause” must be established for the employer to fire the employee. Many states adhere to the general principle that the employer and the employee may contract for the dismissal protection they choose.

Reasons For Firing Not Considered “At-Will”

Despite the broad term often used to describe being “at-will”, there still are several reasons why an employee cannot be fired. They cannot be fired for any reason that is considered wrongful termination which includes race, color, religion, sex, national origin, age, or handicap status. An employee may also not be fired for refusing to commit illegal acts, family or medical leave that falls under the Family and Medical Leave Act, and in retaliation against the employee for taking a protected action. This includes suing the employer for wrongful termination, testifying as a witness in a wrongful termination case, or even opposing what they believe to be wrongful discrimination. 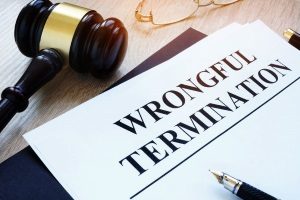 If an employment contract was signed between the employer and the employee that outlines specific reasons, and only those reasons for why an employee can be fired, then anything other than those reasons is considered wrongful termination. This can get tricky because sometimes there is no official document and there is an oral agreement instead. Some states acknowledge an oral agreement, while others do not. Often times oral agreements are broken when an employer promises the employee something and doesn’t follow through on it. For example, this could be a promise that the employee cannot be fired during their first year of employment. While there are a lot of circumstances that fall under wrongful termination, the responsibility of proving the termination was wrongful falls on the employee.

What is An Employment Contract?

Often times when starting a new job, an at-will employment agreement is one of the many documents the employee has to sign. This document ensures the employers right to terminate the employee at will. The employee can refuse to sign the document, however this will give the employer the right to revoke a job offer. When considering if a firing is wrongful or not, it is extremely important to carefully go over the job termination reasons in an employment contract.

What is Considered Wrongful Termination?

Just because the employer has the right to fire someone at will, it doesn’t mean they can do it for discriminatory reasons. State and federal laws protect employees against these wrongful terminations. Discriminatory reasons include race, religion, gender, age, national origin, disability, pregnancy status, and sex. 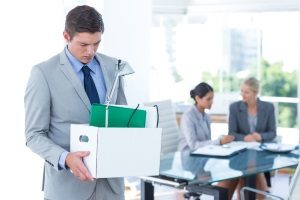 An employer cannot terminate someone for exercising their rights like refusing to commit an illegal act or reporting the company for public health and safety violations. This is considered termination for reasons of retaliation. Being fired after reporting illegal practices, being discouraged from participating in an investigation about the company, or being discouraged/punished from exercising a legal right like covered medical leave can be considered wrongful termination. Be sure to consider all the events that lead up to a termination to determine if the firing was in anyway illegal.

When looking to make a case for wrongful termination, you should not conduct the process on your own. Reach out to an employment law defense attorney to help determine if your case does, in fact, fall under wrongful termination, and if you have the necessary evidence to prove it. If you are unsure whether or not you had an at-will employment, they can help you determine this by going over your employment contract. Losing your job can be an enormous setback, so if you suspect there is any chance your termination was illegal, reach out to an employment law defense attorney right away.