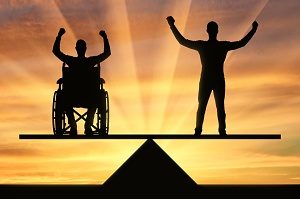 Employment Discrimination laws seek to prevent discrimination based on race, sex, sexual orientation, religion, national origin, physical disability, and age by employers. In some cases, it can also be illegal for employers to discriminate based on marital status, political affiliation, and sexual orientation. Discriminatory practices can include bias in hiring, promotion, job assignment, termination, compensation, retaliation, and various types of harassment. Employment discrimination laws are made up of several federal and state laws to make sure that all aspects of employment are legal and ethical.

Discrimination by government employers violates the constitutional guarantees of equal protection and due process. In the private sector, employment discrimination is in conflict with a number of statutory protections, most notably, Title VII of the Civil Rights Act of 1964.

Title VII of the Civil Rights Act of 1964 is the most significant anti-discrimination law for American workers. Title VII applies to businesses with 15 or more employees, as well as other public and private entities. The Equal Employment Opportunity Commission (EEOC) works as enforcement of Title VII. The Equal Pay Act (EPA) was passed to deal with gender equality. The Age Discrimination in Employment Act (ADEA) was passed to create protections for workers age 40 and over. The American with Disabilities Act (ADA) was passed to protect disabled workers. The last significant federal employment discrimination law is the Civil Rights Act of 1991.

Employment discrimination can sometimes be very obvious, but other times it can be very subtle and hard to determine if it is actually discrimination or not. An example of discrimination is when an employer, supervisor, or coworker treats you unfairly based on your religion, age, ethnicity, gender, disability, skin color, or race. This includes both workplace behavior and hiring and firing practices. 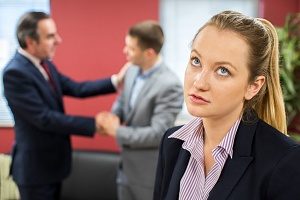 As of 2018, there are several areas in Northern Virginia that have their own employment discrimination laws. Sometimes it can be better to have your legal matter litigated in Alexandria, Prince William County, Arlington County, Fairfax County, or another locality in Virginia. Knowing the laws they have in place can help you decide where you should litigate your case.

Human Rights Code in the City of Alexandria

This code was passed to ban discrimination in the city, credit, education, employment, health and social services, housing, and public accommodation contracts based on the age, ancestry, color, marital status, national origin, physical handicap, race, religion or sex of an individual.

Prince William County enacted it’s Human Rights Ordinance to ban discrimination based on skin color, disability, marital status, national origin, race, religion or sex. This was created with the intent of making certain that every citizen has equal opportunity to share in the advantages, privileges, and rights on the community; receives equal protection under the law, and is treated fairly.

Fairfax County passed their Human Rights Ordinance so that it is unlawful for individuals to be discriminated against based on age, color, disability, marital status, national origin, race, religion or sex.

What to Do if You Have Experienced Discrimination 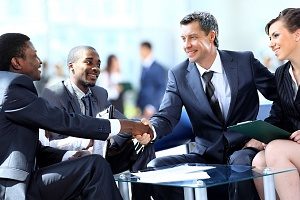 You may have just experienced what you believe to be workplace discrimination, or maybe you’ve already reported it to your organization but your complaint hasn’t received attention. Either way, you should reach out to an Employment Law attorney to review your case and help guide you through the process of getting justice. They will help you identify discrimination and help you file a complaint in whatever departments are deemed necessary. Workplace discrimination already seeks to single you out due to a characteristic out of your control, so don’t go through this overwhelming and intimidating process alone. Have an Employment Law attorney at your side.