At first glance, the Moss v. Harris County court case looks to be an unfortunate case of employee termination. Note that we say ‘unfortunate’ and not ‘unlawful’. While the greatest of sympathy should be directed towards the terminated constable Robert E. Moss, the fact remains that the court concluded he was not unlawfully terminated. 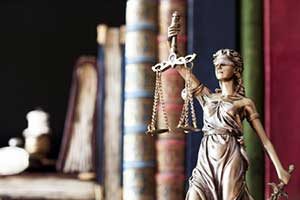 According to the appeal filed last month, Moss sued Harris County Constable Precinct One after being fired by Constable Alan Rosen. Moss claims that Rosen fired him for two separate reasons: 1. he was disabled, and 2. his political leanings. Moss’s employment was terminated in April 2013, and he filed the lawsuit approximately a year later.

On further inspection, the specifics of the case are both compelling and potentially confusing. What we first thought was a bold ex-employee championing their rights soon turns out to be something not out of place in a Steven Seagal movie:

As it turns out, Rosen was running for political office in 2012, and Moss was given a tip by one of Rosen’s political opponents that a company Rosen was associated with was potentially covering up the hazardous waste being leaked at a nearby facility.

Moss became involved, and like Seagal’s character in many of his movies, became the noble whistleblower, confiding in his co-workers that there may be a sinister ‘cover-up’ and that Rosen had not completed all of his law enforcement classes! Can you imagine? Moss is running around telling his colleagues that Rosen is not fit for political office, and isn’t even fit to be his superior. Meanwhile, Moss claims that he even got a phone call from one of Rosen’s supporters, telling him to stop interfering in Rosen’s election bid for constable!

While the political aspect was occurring, Moss was also applying to HR for FMLA (Family and Medical Leave Act) leave in order to have back surgery for a persistent problem stemming from an earlier job. FMLA allows for a certain amount of leave every year, so Moss added up the amount he was entitled to and went on leave.

However, Moss stayed on leave after his FMLA leave expired. This fact means that despite the other intricacies of the story, Rosen was perfectly within his right to terminate Moss’s contract. Moss claims that he had FMLA leave remaining when Rosen fired him in April 2013, but the evidence examined in the initial court case proved otherwise.

Rosen’s letter of termination was in response to Moss’s request to retire effective May 31, 2013. It seems that Rosen’s ill-will towards the claimant determined his unpalatable actions here, but at the end of the day Rosen didn’t break the law, and there is no evidence that he discriminated against Moss.

If Moss had been more informed about his employee rights, he would’ve strengthened his case before filing a lawsuit. In fact, the lawsuit would’ve been unnecessary, because if Moss knew the final consequences of his extended leave, he could’ve returned to work the day before his FMLA leave expired in order to keep his job.

The specifics of the Moss v. Harris County case tell us two important things: first, inform yourself about your employment rights. Sure, employee handbooks are really boring, and we’ve all pretended to read them with looking at a word before signing them, but you can learn from the circumstances regarding Moss’s case and reconsider your apathy.

Second, if you’re taking time off from work due to illness or a general crisis, you need to ensure you understand the regulations pertaining to leave in your own workplace. This is because the law in this respect does not require your employer to pay for the leave you take, so you need to ensure you have other financial options available during your time off.

Moreover, you are only allowed to take off 12 weeks out of one year if you wish to keep your job secure: even after 12 weeks and 1 day, your employer is perfectly entitled to terminate your contract. To find out your rights pertaining to taking time off work, it’s recommended to consider the specifics of the Family and Medical Leave Act.