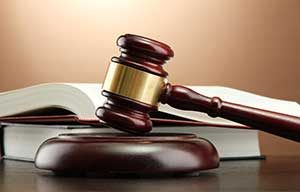 Overtime settlements are paid reimbursements earned from an overtime benefits claim submitted and resolved by a wrongful termination attorney. When a company fails to pay an employee their overtime pay, the company fails the federal overtime provisions which cover employee rights an overtime regulations in the Fair Labor Standards Act (FLSA). The Fair Labor Standards Act requires that employees must receive overtime pay for hours worked over 40 hours a week. The total amount of overtime pay cannot be less than time and one-half their regular pay.

Who is Covered by the Fair Labor Standards Act?

The Fair Labor Standards Act provides for overtime pay for hours worked more than 40 hours in a workweek. Averaging of hours over two or more weeks is not permitted. This means that an employer cannot require an employee to work 60 hours in one week and 20 hours the following week and then claim that the two-week period averaged out to 40 hours per week. Normally, overtime pay earned in a workweek must be paid on the regular payday for the pay period in which the wages were earned. Most employees are covered by the FLSA and its laws. If an employee works for a business that makes more than $500,000 in its annual sales or conducts interstate business.

Employees covered by the Fair Labor Standards Act include:

Certain categories of employees are considered as “exempt,” which means that theses employees are not covered and will not recieve overtime pay based upon their primary job classification:

In 2014, three Henrico County fire captains, with the help of a wrongful termination attorney, argued that the county did not pay their overtime requests and improperly categorized them as employees exempt from overtime pay. The fire captains’ legal teams contended in court that the county’s own classification did not follow the federal Fair Labor Standards Act, which states that first responders, including fire safety employees, are entitled to overtime pay.

Originally, the court denied the fire captain’s lawsuit, stating executive and administrative exemptions. However, to be ineligible for overtime under executive exemption, an employee, must manage the company as a primary duty. Since most fire captains and investigators don’t fit these criteria, this reasoning failed to pass in appeal because their primary duty is not management – despite the fact they may direct the work of other employees ranked below them. It is also believed that fire captains and investigators don’t fit the administrative exemption in light of the clause that excludes first responders, including firefighters and similar employees from overtime exemptions. 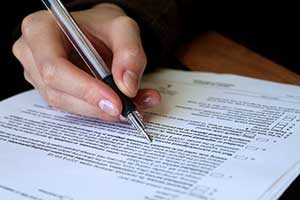 If an employer is denying full overtime pay or has not paid out overtime wages in the past, employees should consider filing an unpaid overtime lawsuit with a wrongful termination attorney. If work was completed and not paid for, a Fair Labor Standards Act suit will ask for significant compensation for the unpaid wages as well as any payment of penalties, other damages, and attorney’s fees.

Every year, teams of investigators from the U.S. Department of Labor find violations of the overtime provisions of the FLSA and dozens of unpaid overtime lawsuits are filed across the U.S. In many cases, workers are misclassified as independent contractors, and employees are denied their rights to overtime pay and other essential benefits and protections. In addition to being able to initiate a claim through the DOL, workers who have been unlawfully denied overtime pay may file an unpaid overtime lawsuit with the help of an unpaid wages attorney. In those cases, the employee can seek damages for back wages not paid by the employer, liquidated damages, and attorney’s fees for bringing the action to recover unpaid overtime.

An employer cannot legally retaliate against a worker for pursuing unpaid overtime. To do so will subject the employer to criminal liability. If the employee is fired, he or she will also be eligible to sue for reinstatement and other remedies. Any type of retaliation against a worker is prohibited, including wrongful termination of employment, reducing job duties or total work hours, as well as submitting a poor performance review or any other type of punishing behavior motivated by the unpaid overtime claim.