› Employment Law › What is FLSA? 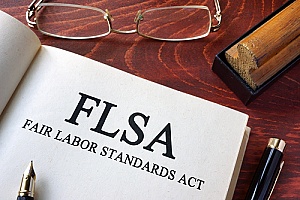 If you are an employee of a business, organization, or the government, it is important to know your rights regarding hours, wages, and overtime that are covered under the Fair Labor Standards Act (FLSA). Likewise, if you own a business or organization, you should know what is required of you regarding the people you employ.

But what exactly is the Fair Labor Standards Act anyway and who is covered under it? Read on to learn more about this unique law and why it was created.

The History of FLSA – When and Why Was It Created?

From the dawn of the Industrial Revolution to the mid-1800s, work hours were typically between 11 to 16 hours long. It was far too common for workers (men, women, and children) to become sick and injured due to incredibly long working hours and poor conditions. Going well into the 1900s, nothing much improved. In addition to the long hours and harsh conditions, workers were paid extremely low wages (especially immigrants seeking work in the United States), while attempts at early labor laws were shot down by Congress as “unconstitutional.”

By the time the stock market crashed in 1929, unemployment had jumped from 3.3% to 8.9%. People were tired of being overworked for little pay and jeopardizing their health by working so long, and many were leaving their jobs as a result. By 1934 it unemployment rose to a staggering 24.9%, signaling that something needed to change.

Three years later, in 1937, a bill was proposed to Congress to cap the number of hours worked during the week to 40 hours and raise the minimum hourly wage (which, at the time, was 40 cents per hour). It also required overtime pay and restricted child labor. A year later that bill become a law, and the rest is history; the Fair Labor Standards Act (FLSA) was born.

An Overview of FLSA – What It Is and Who is Covered?

FLSA is a U.S. labor law that creates the right to a minimum wage, overtime pay (when people work more than forty hours a week) and also bans the vast majority of employment of minors, deeming it “oppressive child labour.” It applies to employees engaged in interstate trade or employed by a business engaged in trade or in the production of goods for trade, unless an exemption from coverage can be claimed by the employer. 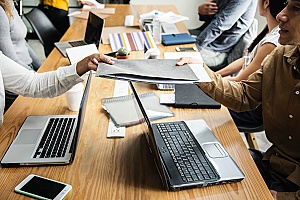 More specifically, FLSA covers any employee working in the private sector for a business or organization that has done at least $500,000 per year in sales and deals in interstate commerce. Interstate commerce includes any shipping of products between states, interacting with customers from or in other states. It also covers employees who work for Federal, State, or local governments.

Chief among the rights provided by the FLSA is the right to a minimum national hourly wage. As of July 24, 2009, the national minimum wage is $7.25 per hour, and any overtime hours (over 40 hours) must be paid no less than one and one-half times the regular hourly rate (otherwise called “time and a half”).

Speak to an Employment Law Attorney

As an employee or employer, it is vital for the health of your organization to know and understand the specific requirements regarding hourly wages and overtime and what is expected of each. This is the only way to ensure a strong working environment and a healthy relationship for both parties. For more information regarding labor laws, what is required of employers, and what employees are covered (and what their rights are), speak to an employment attorney at The Brown Firm PLLC.