› Civil Rights › What Is The Statue Of Limitations For Police Brutality? 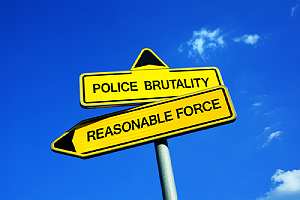 Have you had a recent encounter with a law enforcement officer in which you believe that your rights were violated? If an officer has used excessive force, coercion, or other tactics during an encounter with you, you may have been a victim of police brutality.

Unfortunately, police brutality persists in America today. In 2019 alone, approximately 85,000 police officers were investigated for misconduct. If you believe that you have become one of many victims of police brutality, it is important to seek legal counsel. Receiving justice after being subjected to misconduct by an officer can be a long and confusing road, but having legal counsel by your side can help you to understand what steps to take next. Even if it has been some time since the encounter, the statute of limitation may not prevent you from bringing a case.

What Is Police Brutality?

Police brutality is the unwarranted or excessive use of force against civilians by law enforcement officers. These actions are typically a violation of an individual’s rights, such as coerced confessions. The United States Department of Justice outlines various acts that qualify as misconduct. While the Department of Justice notes that cases of excessive force are most frequently investigated with regard to police misconduct, sexual misconduct, theft and false arrest are also included in their investigations of law enforcement misconduct, as is the practice of ignoring time-sensitive medical needs.

What Is A Statute Of Limitations? 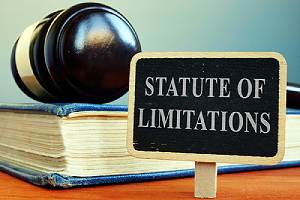 What Is The Statute Of Limitations For Police Brutality? 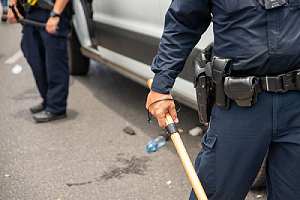 In cases of police brutality, it is best to bring a suit as quickly as possible after the event. Additionally, you should also document as much from the incident as you can remember as soon as you can to ensure that important details are not forgotten. The United States Justice Department notes that establishing malicious intent on behalf of the officer involved in a charge of police misconduct has to be proven beyond a reasonable doubt. This means that the more information you can remember, the more easily the case can be prosecuted.

Reaching out to seek the assistance of an experienced civil rights attorney is another critical step. Professional legal counsel can help you understand what sort of case you can file and who you can file against to best bring your case to trial. Within the trial itself, a skilled lawyer can organize your experiences into a case that achieves the best possible outcome and seeks damages and compensation if possible. Police officers are typically protected by the concept of qualified immunity, which can be extraordinarily difficult to overcome without the assistance of an experienced police brutality lawyer.

While pursuing a case against law enforcement can be an intimidating task, having a legal team by your side every step of the way can help to ensure that you are compensated for the brutality or excessive force that you experienced. The Brown Firm would be happy to assist you in compiling a case. Reach out to schedule a consultation with a civil rights attorney.