› Civil Rights › How to Know When Your Firing Was Illegal 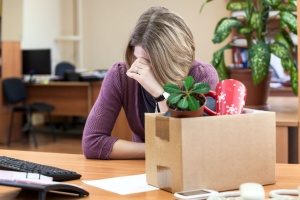 If you’ve recently been fired, you may be lost and confused about what to do next. If you suspect that your firing was illegal, you need to gather all the evidence possible to sue your employer for compensation. Proving that your termination was illegal can be challenging because evidence of wrongful termination can be hard to find. If you have any belief that your firing may have been illegal, reach out to a wrongful termination attorney to review your case and advise you on what your options are.

What is Wrongful Termination?

Wrongful termination is a firing that is illegal, such as violating an employment agreement, breaking state or federal law, or being driven by discrimination. These are the “automatic” violations that mean the termination is illegal, but there plenty of other ways for your firing to be considered illegal.

It’s important to understand the terms of your employment because it plays a part in dictating what an illegal termination is. The most common form of employment is “at-will”, which means the employer has the right to fire you at their own will. They don’t need a good reason, don’t need to provide an advance warning and they don’t have to follow procedures to fire you. In Virginia, every employee is considered at-will unless there is evidence to the contrary. If you’re an at-will employee proving your termination was illegal can be a little more difficult if it doesn’t violate state or federal law or is a result of workplace discrimination.

Employment that is not considered at will is “for cause” termination. This usually means that in your employment contract the reasons you can be fired for are explicitly stated. These causes protect employees from being fired for other reasons. Should you be fired for reasons not outlined in your contract, you have been wrongfully terminated. If you were fired, however, because of any legally considered reasons outlined in in your for-cause termination contract, your firing can still be considered illegal if the processes of termination in your contract were illegally violated. If you have an employment contract, it’s important to understand your employers claimed the reason for firing you to determine if it was illegal or not.

If you have a written contract or statement that says you have job security, this is a strong argument that you are not an at-will employee. If the contract outlines what good cause or what reasons they are allowed to fire you for, and you were fired for other reasons, your firing was illegal. This can apply also to implied promises, however, this is much more challenging to prove, as indirect evidence must be used. The court will have to look at the duration of your employment, regularity of job promotions, history of positive performance reviews, assurances that you would have continued employment, whether the process of termination was done legally, and if promises of long-term employment were made when you were hired. 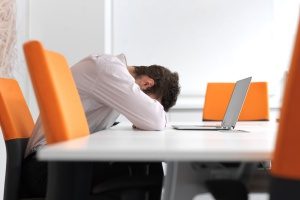 If your employer acted unfairly when they fired you, this can be considered an illegal firing. Some examples that the courts have found to qualify as unfair are: firing or transferring employees to prevent them from collecting sales or commissions, misleading employees about their chances for a promotion or wage increase, firing an employee for fabricated reasons so the position can be filled with someone who will work for lower pay, soft-pedaling the the bad aspects of a particular job, and repeatedly transferring employees to dangerous, remote, or otherwise undesirable assignments in an attempt to make them quit.

Some states don’t recognize good faith and fair dealing when it comes to at-will employees. These states can require proof of a valid contract before you can sue.

Society is now recognizing that violations of public policy are illegitimate reasons for termination. This can include things like disclosing a company practice of refusing to pay their employees earned commission and vacation pay, taking time off work for an injury or to vote, serving in the military or National Guard, or for notifying authorities of some wrongful practices.

Being fired due to race, religion, age, sex, gender, sexual orientation, pregnancy, national origin, or genetic information is considered discrimination. This is illegal under federal law, but some states and counties offer more anti-discrimination protection than the federal government. This can determine where the best place to file a complaint is.

Proving your firing was fraud can be quite difficult because you have to provide evidence that shows your employer intentionally tried to deceive you. You have to provide the how, when, to whom, and by what means the false representations were made. 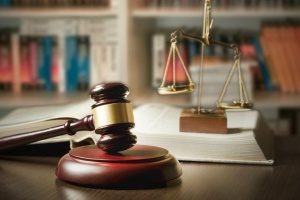 To sue for defamation you must prove that during the process of termination of your employment and subsequently when providing references, your employer made false and malicious statements about you which harmed your chances of finding a new job. For this you must show the false statement made about you, the statement was made in malice and was knowingly false, the statement was told to at least one other person, and that it harmed you in some way.

Depending on your state, protection from firing as a result of whistle blowing can only apply to particular laws that you believe your employer has broken. Some states offer protections for any law, regulation, or ordinance, while others only offer protection related to environmental regulations or labor laws.

If you suspect any of these situations apply to you, reach out to a wrongful termination attorney to review your case.