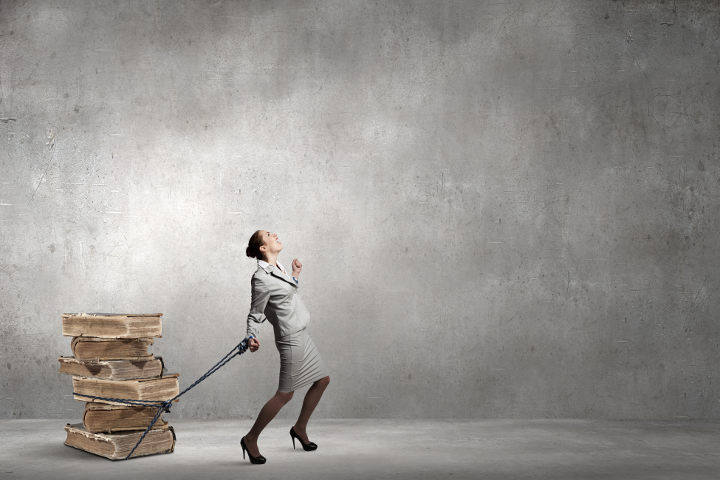 Burden of proof is ever changing

The burden of proof actually falls on the accused when the prosecution establishes a fact that proves an element of the crime. This proof may not necessarily disprove a fact, but it can raise doubts about it. The defendant is not responsible for raising doubts about every fact the prosecution attempts to prove. Creating enough doubt about those points that are crucial to a guilty verdict is sufficient. Defendants will have a more difficult burden when the facts are very convincing.

As an example, imagine the prosecution proves that while searching the defendant the police found a watch that store records report as stolen. If defending against a burglary charge the defendant would likely need to give a plausible explanation for why he or she is in legal possession of the watch. If the defendant can produce a receipt or testimony that proves the watch was a gift then the defendant has essentially shifted the burden of proof back to the prosecution.

The most well-known affirmative defense is self-defense. It generally involves the defendant acknowledging that he or she committed the act, but argues that it was necessary in order to defend him or herself from harm.

Some states require defendants to prove self-defense by a “preponderance of the evidence.” Other states only require that defendants raise a plausible basis and that the prosecution disproves it beyond a reasonable doubt.Preponderance of the evidence is the lowest evidentiary standard. It requires the party to prove the fact in question is more likely than not to be true.

Other affirmative defenses include: duress, entrapment, insanity and necessity. Whether the defendant carries the burden and what the burden includes depends on the defense and the jurisdiction. For example, the defendant may have to prove insanity by “clear and convincing evidence.”

Clear and convincing evidence is a burden somewhere between preponderance of evidence and beyond a reasonable doubt. This requires that the fact to be proved must be highly probable or reasonably certain.For more on insanity and other defenses, read our blog article, Criminal Defense Strategies.

Every state has its own rules and requirements related to evidence in a criminal case. If you are facing criminal charges, contact The Brown Firm PLLC, we have expertise on the procedures in your state.