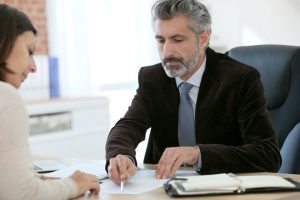 Non-compete agreements can often be overlooked when you’re signing an employment contract. Maybe your employer only summarized it for you quickly so you didn’t have to carefully read it, telling you:“don’t share company secrets!”, when actually there can be a lot more to the clause. This can make a non-compete violation an easy mistake to make. Understanding the clause can help you to assess whether your situation is a non-compete violation or not. As always, it is important to review your specific employment contract because not all non-compete agreements are exactly the same.

Non-compete agreements can be tricky to understand and sometimes even the smallest infraction can get you caught up in a mess of legal issues. If you believe your situation is a violation of a non-compete agreement, be sure to reach out to an employment law defense attorney right away.

A non-compete agreement is a clause in a contract that states a party (usually an employee) agrees not to enter or start a similar profession or trade in competition against another party (usually the employer). An NCC is bound by traditional contract requirements and can, therefore, be held up in court.

The clause is in place so when an employee is terminated or resigns, they may not create their own business or work for a competitor and gain an advantage by exploiting confidential information about their former employer. This includes operations, trade secrets, sensitive information such as client lists, business practices, upcoming products, and marketing plans. The courts have deemed NCC’s to be legally binding so long as the clause contains reasonable limitations as to the geographical area and time period in which the employee is not allowed to compete. If your contract lacks this specific information, the courts may not enforce the clause.

Not all non-compete clauses are exactly the same, and some are far more involved than others. For instance, some clauses have the stipulation that you cannot work for a competitor in your location for a year, while other clauses contain no such specification. This is why it is crucial to review your employment contract and carefully read the fine print of any other employment contracts you may sign in the future.

What Non-Competes Protect Against 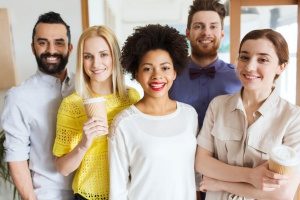 This clause is a little bit controversial as some people feel an NCC clause restricts an individual’s career path, and that the sharing of information helps the business world in general. However, others argue in favor of them claiming that a company would not be able to freely share information within its own company if they had to fear the information getting leaked. Regardless of opinion, if your employment contract contained an NCC and you signed it, you are subject to the consequences of breaking that contract. It’s not always cut and dry though, which is why it is important to hire an employment law defense attorney to carefully review your case. Here is a link to non-compete law specific to Virginia.

If you have signed a non-solicitation clause and leave your current company to start work at a competing company and you then encourage your clients to follow you to the new company, you are soliciting them, and therefore have committed a non-compete violation. As with all of the examples provided, you should consult your specific employment contract to see if it mentioned non-solicitation.

Another example is If you are terminated from your job and begin work at a competitor. This in itself can be a violation if it was outlined in your original contract. However, a lot of the times for a non-compete to be held up in court, it must have specific parameters that dictate a period of time and geographical location that you have agreed to not work in. If it included a time period of one year, and you begin a job with a competitor eleven months after your departure, you have committed a non-compete violation.

If while working for your company, you provide a competitor with confidential trade secrets or information on clients, you are in violation of a non-compete. This can be upheld whether the information was given intentionally or by accident.

If while being trained by a new employer you offer information about a former employee’s training program that could give the new company an advantage, you are in violation of a non-compete.

What to Do If You Have Violated a Non-Compete Agreement

If you have, or believe you have violated a non-compete agreement reach out to an employment law defense attorney immediately to find a solution. They can help you determine if you have actually violated the terms of your employment contract, and if you have they can provide you with counsel on how to proceed. In some cases, they may even be able to prove that your actions were not in violation of an NCC. 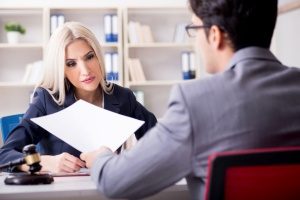 Often times in cases of non-compete violations, the burden of proof falls on the employer. This means they have to prove you intentionally encouraged your clients to follow you to a new company during your time at the old company or new company. This can sometimes be why it is hard for businesses to enforce the non-compete agreement you signed, which can be an advantage to you. It’s also possible that the wording of your NCC doesn’t explicitly cover your situation, which could offer you a point of argument against the non-compete agreement. If you’re dealing with a non-compete violation, don’t worry as there are still things you can do. Most importantly, hire an employment law defense attorney.