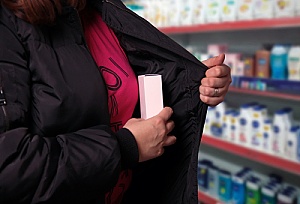 Shoplifting is one of the most common types of theft. Depending on the value of the stolen items, shoplifting can be either a misdemeanor or a felony. Either way, a conviction is a bad outcome. A conviction means a permanent criminal record and you could be sued by the owner of the store.

If you are being accused of shoplifting, or if you are accusing someone else of shoplifting, you need to be aware of what the shoplifting laws in Virginia are. That way you will have a better understanding of whether or not shoplifting actually occurred and what your legal options are.

What Counts as Shoplifting?

Shoplifting is a specific form of larceny in which an individual steals from an open retail store. Sticking a piece of candy or a pack of gum in your pocket and leaving without paying is shoplifting. The penalty for such a small theft will not be severe, but it is still enough to give you a criminal record.

Shoplifting is not restricted to walking out with items you did not pay for. Switching price tags so that you pay less than the listed price for something is also considered shoplifting, because you are still leaving without paying the full value of the item.

In Virginia, shoplifting is very broadly defined. If you are caught in the act of trying to shoplift, you can be convicted of it even if you never leave the store with the item you intended to steal. The act of concealing it is legally considered shoplifting in Virginia. Another way of saying that is, in Virginia there is no legal distinction between attempted shoplifting and completed shoplifting. 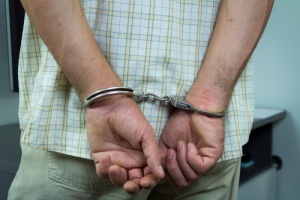 Shoplifting laws in Virginia state that the penalty for shoplifting, if convicted, will depend on the value of the stolen goods. If the total value is $200 or less, this is considered petite larceny, which is a misdemeanor. This is punishable by up to a year in jail and/or a maximum fine of $2,500.

If the value of the stolen goods exceeds $200, then it is considered grand larceny, which is a felony. Grand larceny is punishable by up to 20 years in prison and/or a fine of $2,500. The judge or jury has discretion in setting the prison sentence for a grand larceny conviction.

If you have been the victim of shoplifting you are entitled under Virginia law to sue for up to double the amount of the value of the stolen goods with a minimum of $50. If the stolen merchandise was returned and can still be sold, then the judgment is capped at $350. The defendant may be required to pay up to $150 of your legal fees if you win. You do not have to wait for the court to convict them before you begin your lawsuit.

Your defense in a shoplifting case will hinge on your intent. To successfully win the case, you and your lawyer will need to demonstrate that you had no intent to steal or change the price tag. If you can demonstrate that you had no intent to shoplift, your case will be dismissed. Remember that in Virginia, intent to shoplift is legally the same thing as shoplifting, so intent is the only thing that matters in your defense. An experienced attorney can help you identify the facts in your case that will work in your favor.

Even if you would only be guilty of a misdemeanor, a criminal conviction will hurt. The fine and/or jail time could be devastating and you will always have a criminal record. That will make it more difficult to get jobs, apartments, and homes later in life.

To successfully defend yourself in court, you really need an attorney. A lawyer familiar with shoplifting laws in Virginia is your best hope of proving that you had no intention of shoplifting. Without an experienced legal mind, you may struggle to prove your intent. It is very difficult, after all, to explain why you concealed an item in a store and then left with it.

You will have to convince the judge or jury that you did so accidentally. Without an attorney to help you sort through the facts and identify the reasons that will be most convincing, the odds are not in your favor. You may be worried about the cost of hiring an attorney, but it costs less in the long run to hire an attorney than to spend time in jail. The legal defense team at the Brown Firm can help you. Call us today to discuss your case.